KR Multicase™ - the complete storage and transport system. The KR philosophy is soft foam for the models and hard cases for the soft foam ! 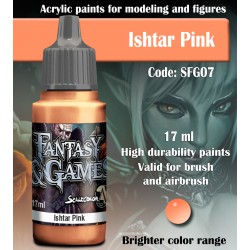 An experimental craft reserved for elite agents of the Empire such as the dreaded Inquisitors, the TIE Advanced v1 has numerous cutting-edge features that skilled pilots can leverage to deadly effect. The craft’s high-precision thrusters and flexible controls let its pilots tirelessly pursue their prey across the galaxy. This expansion pack includes everything you need to add one TIE Advanced v1 ship to your Imperial squadrons, including reprints of four ship cards and five upgrade cards for the benefit of new players, as well as two Quick Build cards to get you off the ground even faster.
$35.00
1 in stock

The earth trembles as the beastherds approach. Plants wither and rot, animals are filled with an instinctual fear and the air grows thick with the taint of raw Chaos energy. Then the bloodthirsty braying begins. The Beasts of Chaos emerge from woodland knots and rocky outcrops, bellowing their savage battle cries as they fall upon their prey. They are the true children of Chaos, and through them anarchy and ruin are spread across the lands of the civilised races. This is a great-value box set that gives you an immediate collection of fantastic Beasts of Chaos miniatures, which you can assemble and use right away in games of Warhammer Age of Sigmar! You’ll receive a Great Bray-shaman, a Cygor (which can optionally be assembled as a Ghorgon), a set of 10 Ungors (which can be optionally assembled as Ungor Raiders), a set of 10 Bestigors and a Beasts of Chaos Warscroll Battalion rules sheet, allowing you to collect, assemble and play with your new miniatures right away!
$170.00
1 in stock

WARPED GALAXIES: ATTACK OF THE NECRON

Warhammer Adventures: Warped Galaxies Book 1A new adventure begins in the far future! When her world is attacked by Necrons, Zelia Lor and a rag-tag group of survivors must fight to escape and reach the mysterious Emperor's Seat.READ IT BECAUSEIt's a brand-new and exciting way to experience the 41st Millennium – and it's designed to be the perfect starting point for younger readers. Read it with your children to introduce them to your favourite universe!THE STORYOn the hive world of Targian, Zelia Lor helps her mother search for ancient tech, digging up treasures of the past on the wind-blown plains. They are happy. They are safe. All that changes when the Necrons attack. Without warning, a host of robotic ships appear in the skies above Targian and rip the planet apart. Separated from her mother, Zelia must escape the doomed world, her only hope a scrambled transmission promising safety at a mysterious place known only as the Emperor’s Seat. Launched in an escape pod, she crashes on an icy wasteland far, far from home. But Zelia is not alone. She is joined by a rag-tag group of survivors – the street-tough juve Talen, gadget-obsessed Martian boy Mekki and super-intelligent alien-ape, Fleapit.Written by Cavan Scott
$18.00
1 in stock

White Dwarf is the ultimate Warhammer magazine. Released monthly each issue is a glossy 156-page, A4 magazine with all the news, features and pictorials you know and love – and a whole chunk of new stuff you never imagined. News! Golden Demon! Battle Reports! Painting Masterclasses! Designers’ Notes! Exclusive rules! And of course, gorgeous photographs of the best fantasy miniatures in the world.
$16.00
5 in stock

Protect your cards from spilled tea, tears and slavering spittle with these specially themed card sleeves! Hard-wearing, great-looking and designed for smooth shuffling, they're a must have for any fan of the Grymwatch looking to keep their Warhammer Underworlds deck in great condition.This set contains:- 20 objective cards sleeves with art on reverse.- 40 power cards sleeves with art on reverse.- 10 fighter cards sleeves – transparent so that you can see the reverse of your Character card when required in games.
$22.00
1 in stock

Containing all the stat cards and upgrades needed to play any given faction within Malifaux Third Edition. Each faction book also includes new stories furthering the rich background of Malifaux, including descriptions of each model within the faction.
$55.00
6 in stock

Striding forward in a rush of ungainly steps, their weaponised limbs sweeping in a whirlwind of gore, Skorpekh Destroyers feed their need to kill whenever they are unleashed upon the battlefield. Nothing else can override the hard-wired desire to kill that empowers these deranged Necrons.   Canoptek Plasmacytes use their monomolecular proboscis to inject an infectious, sentient energy into the degranged members of the Destroyer Cults. This hateful substance – as dangerous as it is powerful – heightens their nihilistic insanity and drives their mindless annihilation to new heights.   Skorpekh Destroyers are among the most lethal close-combat killers within the ranks of the Necron legions. If tearing the enemy army asunder is what you seek, then look no further than these gloriously insane slaughterers, whose killing prowess you can amplify even further with the attention of the Plasmacyte!   This kit builds three Skorpekh Destroyers – two armed with hyperphase threshers and one with a hyperphase reap-blade – as well as a Plasmacyte. Push-fit construction means you won't need any glue to build it. The kit is supplied in 29 plastic components and comes with three Citadel 50mm Hex Hole Round Bases and one Citadel 28.5mm Hex Hole Round Base.
$90.00
1 in stock

Citadel Layer paints are high quality acrylic paints that provide you with a huge range of colours and tones to choose from when you paint your miniatures. They are designed to be used straight over Citadel Base paints (and each other) without any mixing. By using several layers you can create a rich, natural finish on your models that looks fantastic on the battlefield.   All of our paints are non-toxic, water-based acrylic that are designed for use on plastic, metal, and resin Citadel miniatures. One pot contains 12ml of layer paint.
$6.50
4 in stock