Thanks to aetherquartz, Lumineth Realm-lords can plan new battle strategies in moments with flawless mental acuity. Mere mortals like us, however, need a little help – which is where these warscroll cards come in. This essential resource takes all your Lumineth Realm-lords warscrolls and transforms them into handy cards – grab the ones you need for battle, lay them out, and referencing your rules will be a breeze!

What's more, this set includes tokens for keeping track of ongoing effects, meaning you'll be able to focus on the battle at hand rather than how much aetherquartz you have left.

Not even the Space Marines are safe from the lure of Chaos. Whether they hail from the dark days of the Horus Heresy or turned traitor more recently, these baleful warriors combine their gene-given gifts with dark blessings and malefic sorceries, transformed by years of battle into fearless, superhuman reavers.Chaos Space Marines are the core of any Chaos army. Equally at home shredding opponents at range with bolter fire as they are in bloody melee, these guys can be geared up for pretty much any purpose you want on the battlefield. Combined with your choice of Marks of Chaos, Chaos Icons and deadly weaponry, they've got a place in any of your army lists.This kit builds 10 Chaos Space Marines, with your choice of weapons. The set is absolutely packed with optional extras, giving you the choice of arming every member of the squad with close-combat weapons and pistols or ranged wargear. You’ll be able to add your choice of plasma gun, flamer, meltagun, heavy bolter and missile launcher. Optional components let you build up to two Aspiring Champions, giving you the freedom to build the set as a single squad of 10 or two squads of 5. A Chaos icon, interchangeable components and optional grenades offer you even more choice, ensuring no two units need look alike. The set is even designed to be compatible with the Havocs, allowing you to mix and match heavy weapons for even more choice.This set is supplied in 144 plastic components and contains 10 x 32mm round bases.
$100.00
1 in stock

Citadel Base paints are high quality acrylic paints specially formulated for basecoating your Citadel miniatures quickly and easily. They are designed to give a smooth matte finish over black or white undercoats with a single layer.   All of our paints are non-toxic, water-based acrylic that are designed for use on plastic, metal, and resin Citadel miniatures. One pot contains 12ml of base paint.
$7.00
3 in stock 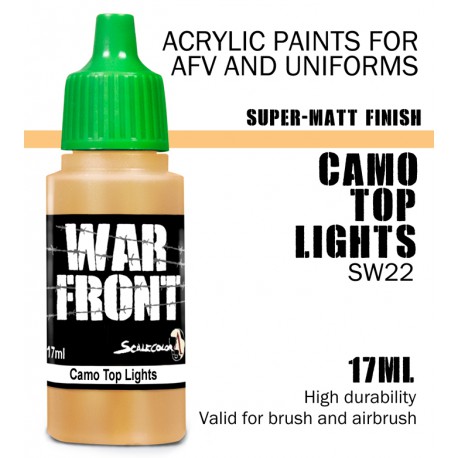 Citadel Layer paints are high quality acrylic paints that provide you with a huge range of colours and tones to choose from when you paint your miniatures. They are designed to be used straight over Citadel Base paints (and each other) without any mixing. By using several layers you can create a rich, natural finish on your models that looks fantastic on the battlefield.   All of our paints are non-toxic, water-based acrylic that are designed for use on plastic, metal, and resin Citadel miniatures. One pot contains 12ml of layer paint.
$7.00
8+ in stock

Morgwaeth the Bloodied and her murderous retinue were dispatched to Beastgrave by Morathi in search of a long-hidden shard of Khaine. Shadowed paths brought them to the mountain, and immediately they knew their objective was near – what else could account for the visions of slaughter and echoes of battle that haunted Beastgrave’s me­galithic depths? In truth, however, their quest was a fool’s errand, for Morathi knew no shard lay in the mountain – Morgwaeth had questioned her liege a little too publicly, and was sent to Beastgrave for her temerity. This was a poor punishment for the hag queen, though – the blades of Khaine found many offerings to the lord of murder in the mountain’s ancient halls, and their dedication may yet see them escape Beastgrave’s grasp. Can't choose between an objective-holding and combat-focused warband? With Morgwaeth’s Blade-coven on your side, you won't have to! A fast, aggressive and flexible Warhammer Underworlds warband, Morgwaeth’s Blade-coven possess a potent play style that rewards your careful positioning and mindfulness of objectives with all manner of slaughterous abilities – and buckets of glory. What’s more, this set features Universal cards for any warband in Warhammer Underworlds, while a free downloadable warscroll lets you fight with Morgwaeth’s Blade-coven in Warhammer Age of Sigmar. This set contains: 5× push fit Morgwaeth's Blade-coven miniatures – no glue required to assemble 5× fighter cards, representing each warrior in your games – Morgwaeth The Bloodied, Kyrae, Khamyss, Kyrssa, and Lethyr A further 60 unique cards (only available in this set) to enhance your fighters and provide new tactics and challenges for your games of Warhammer Underworlds: Beastgrave, including: 12× Morgwaeth's Blade-coven Objective cards 10× Morgwaeth's Blade-coven Upgrade cards 10× Morgwaeth's Blade-coven Ploy cards 9× Universal Objective cards, usable by any warband 18× Universal Power cards, usable by any warband
$58.00
3 in stock

Nihilakh Oxide allows any painter to add a verdigris finish to their models. It's an opaque shade that can be applied to the recesses and cracks of a miniature to represent the weathering of brass or bronze.   It is part of our Technical paint range designed specifically for creating unique effects on Citadel miniatures.   All of our paints are non-toxic, water-based acrylic that are designed for use on plastic, metal, and resin Citadel miniatures. One pot contains 12ml of paint.
$7.00
7 in stock