Deep in the city of Excelsis lie several wards sealed off on pain of death, areas forever blighted by Tzeentchian sorceries left in the wake of the traitor Ortam Vermyre's uprising. To deal with the magical creatures and haphazard spells that found their way out of these quarantined zones, the Order of Azyr was formed, with veteran witch hunter Galen ven Denst at its head. Together with his daughter Doralia, a peerless markswoman who's perfected the art of banishing rogue daemons with her rune-engraved crossbow bolts, he dedicates his life to snuffing out all manner of arcane threats to Excelsis.

The unique fighting styles of this father-daughter combo come to the fore when they deploy on the battlefield, with Galen plunging into furious close combat while Doralia picks off her targets at range. Both possess weapons ideally suited to hunting arcane foes, and they're capable of dissipating magical energies and rendering the greatest of endless spells harmless.

The kit is comprised of 18 plastic components, with which you can assemble one Galen ven Denst and one Doralia ven Denst. Galen can be assembled with a choice of weapon arms holding a pistol and torch, or a sword and pistol. Doralia can be assembled either with or without her tall, wide-brimmed witch hunter's hat. These models are supplied with 2x Citadel 28mm Round Base.

The Manufactorum – Sanctum Administratus set provides a piece of immersive, thematic terrain with which to populate your Warhammer 40,000 battlefields. It comprises a tall, three-storey ruin and a smaller piece of ruined wall, making up the remains of an imposing Administratum building.This multipart plastic terrain set includes the components to build:- 1x Sanctum Administratus (a large building made up of two constituent ruined pieces of terrain)
$150.00
1 in stock

Boba Fett, one of the most notorious bounty hunters in the Star Wars galaxy, is coming to Star Wars: Legion as the games first operative. Within the Boba Fett Operative Expansion, youll find everything you need to add Boba Fett to your Imperial army as an operative dominating entire sections of the battlefield on his own. This expansion includes an unpainted, easily assembled Boba Fett miniature taking flight after his next target, alongside a unit card outlining his numerous skills and deadly array of weaponry. Additionally, Boba Fetts three signature command cards and an assortment of upgrade cards let you access even more tricks tucked away in his intimidating Mandalorian armor.
$28.00
1 in stock

Sprawling over countless Imperial worlds, the landscapes known as Sectors Mechanicus are tangled mazes of pipes, conduits, and heaving machinery. Without these rumbling furnaces and smog-belching chimneys, the ceaseless war industries of Humanity would stall, and the armies of the Imperium of Man – shorn of materiel reinforcement – would fall to the xenos and the heretic.   The Killzone: Sector Mechanicus set gives you a complete Warhammer 40,000: Kill Team Killzone battlefield in a box. Within, you’ll find a double-sided game board and a host of themed terrain that you can use to set up a stunning environment for your games.   This set contains everything you need to create a Sector Mechanicus battlefield for games of Warhammer 40,000: Kill Team: – Double-sided, fold-out game board measuring 22" x 30" – 10 large pipelines, three of which are broken, with ruined ends – 2 smaller pipe elements which represent the beginning/end of a pipeline – A variety of additional elements including junction boxes, chimneys, and silos which can be used in conjunction with the pipelines to form larger structures and denser areas terrain   You will need a copy of the Warhammer 40,000: Kill Team Core Manual and the Killzones book to make full use of the contents of this set.   This set can also be combined with other Killzones, game boards, and terrain to create larger battlefields for games of Warhammer 40,000.
$180.00
3 in stock

Like all aelves, Namarti Thralls possess a physical grace that to other races appears supernatural. The Thralls march to war for the Idoneth as the main body of their infantry, and it is their task to engage and hold the enemy in place. In battle the Namarti fight with an array of weapons known as lanmari – two-handed swords, great scythe-axes or pole-axes of intricate design. The weight and reach of such weapons are useful when driving off the enormous sea creatures that bedevil the Idoneth enclaves, while their broad blades are suited to scything through the teeming swarms of predatory fish that seek to prey upon the aelves. This multi-part plastic kit contains the components necessary to assemble 10 Namarti Thralls. Clad in less-ornate armour than their commanders and superiors, as befits their withering souls and disposable nature, they still cut impressive figures – each is powerful and muscular. There are 11 heads in the kit, which can be placed on whichever models you wish; each is hairless and blind, with blank, empty sockets where eyes should be. 10 elaborate neck crests are included, which curve upward and behind their heads, giving the impression of spiked horns. There’s plenty of choice in their weapons – each wields a two-handed lanmari, as follows: 4 can take a choice of glaive or sword, 3 have a choice of axe or sword, 2 carry swords and 1 carries an axe. There is an option for an icon bearer – they have a specific head, and a large mathlann slave rune which forms part of their neck crest. As an added bit of detail the kit comes with 6 pieces of scenery and fish for the bases, which can be added to any model you like.. This kit comes as 90 components, and is supplied with 10 Citadel 32mm Round bases.
$85.00
1 in stock 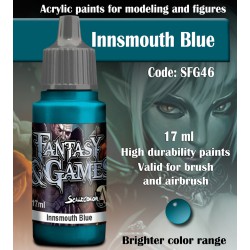 Key Features Destroy your foes with fire and lightning, yes-yes Save money compared to getting the kits separately A Skaven warscroll battalion of 5 models in one box – find the rules in Broken Realms: Kragnos While many skaven are repelled by the very sight of fire, Rattachak the Warlock Bombardier is positively obsessed with the stuff and can often be found with tufts of singed fur from his many experiments. Using custom incendiary doomrockets of his own designs and taking to the field with amped-up Stormfiends, the deranged skaven warlock is rarely far away from somebody's explosive end. Lead the products of skaven ingenuity to war amidst a storm of fire and lightning. Combine the models in the set with the rules found in Broken Realms: Kragnos, and you’ll be able to easily field the Rattachak's Doom Coven warscroll battalion for Skaven armies, representing the crazed Warlock Bombardier and his crackling entourage. This box also saves you money compared to getting the models separately! This boxed set contains: 1x Warlock Bombardier 3x Stormfiends 1x Warp Lightning Cannon. The set is comprised of 160 plastic components, and is supplied with 3x 60mm Citadel Round Bases, 1x 32mm Citadel Round Base, and 1x Citadel Large Oval Base.
$150.00
1 in stock

Citadel Layer paints are high quality acrylic paints that provide you with a huge range of colours and tones to choose from when you paint your miniatures. They are designed to be used straight over Citadel Base paints (and each other) without any mixing. By using several layers you can create a rich, natural finish on your models that looks fantastic on the battlefield.   All of our paints are non-toxic, water-based acrylic that are designed for use on plastic, metal, and resin Citadel miniatures. One pot contains 12ml of layer paint.
$6.50
8+ in stock