KRAGNOS, THE END OF EMPIRES

In the Age of Myth, long before the reign of Sigmar Heldenhammer, gods walked among mortals across the nine realms. One such deity was Kragnos, the Living Earthquake, greatest of the centauroid Drogrukh, who glutted upon offerings of monster marrow and amberbone until truly divine power coursed through his veins. Brought low and imprisoned by the last Draconith princes and the slann Lord Kroak, Kragnos spent uncounted years beneath a mountain until Alarielle's Rite of Life sundered his prison and set the god loose. Now free to continue his rampage, the End of Empires strikes out across the realms in a storm of earth-shaking violence.

Kragnos, the End of Empires, arrives in Warhammer Age of Sigmar with a thunderous crash, ready to lead any army of Destruction. As the embodiment of Ghur's savagery and a totemic figure of awe among the Destruction Grand Alliance, his overwhelming might is nearly without equal. Smashing aside scores of enemy soldiers and brutalising their monsters with The Dread Mace is akin to child's play, while his legendary shield Tuskbreaker (so named for chipping the tooth of Gorkamorka) renders enemy magic a mere harmless breeze. Despite this, perhaps his most terrifying trait is his berserk charge, which can carry enough force to kill even a fully grown dragon in a single deadly blow.

The kit is comprised of 74 plastic components, with which you can assemble one Kragnos, the End of Empires. Multiple options are given for assembly, including three different faces and two poses for his neck and head (one looking left, while the other looks right). This model is supplied with a Citadel 130mm Round Base.

Max Eisenhardt, the man who would become Magneto, faced unimaginable discrimination and evil during the Third Reich’s rise to power in World War II. He survived, thanks in part to the manifestation of his mutant power to control magnetic fields. Following the war, he resolved that such a fate would never befall mutant kind. An uncompromising freedom fighter for his fellow mutants, his extreme beliefs for mutant superiority drove a wedge between Magneto and his close friend, Professor Xavier. Magneto’s vision for mutant kind caused him to form the Brotherhood of Mutants, who fight for mutant supremacy. Mortimer Toynbee, known as Toad, is a genetically flawed mutant. Visibly mutated since birth, he was abandoned by his parents to an orphanage where he was ostracized for his appearance. When Magneto discovered and recruited him, Toad embraced the mission to conquer the human race who had rejected and degraded him. Toad serves Magneto as an unquestioning lackey using his mutant abilities of enhanced jumping and prehensile tongue.
$80.00
2 in stock 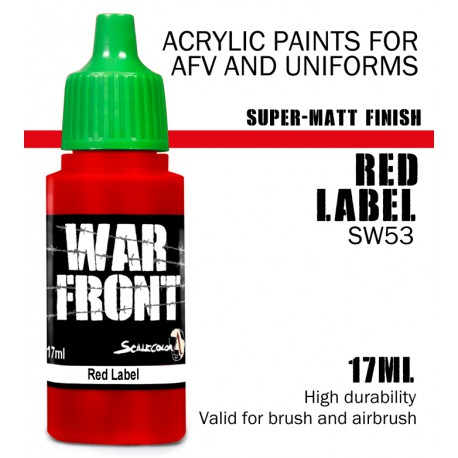 Misshapen, lumpen and inhumanly strong, the Aberrants are the repugnant offshoots of the brood cycle. Though dim-witted, their instinctive need to defend their broodkin makes them valuable assets to the cult. With heavy industrial tools raised, they cause impressive carnage with only their brute force and single-minded determination.Aberrants form terrifying packs of warriors that excel in delivering huge amounts of damage in close combat. Their heavy melee weapons are used to bludgeon their enemies into submission, and if those don't do the job, their rending claws add a lethal coup de grace. Combined with their ability to shrug off much of the damage dealt to them, this unit can dominate their enemies with ease.This plastic box set contains 41 components, enough to build 5 Aberrants with a choice of power picks or power hammers. Also included are options to build a Hypermorph armed with a power hammer or heavy improvised weapon, and 11 different heads. This set has been designed to offer a high degree of interchangeability between parts. Supplied with 5x 32mm round bases.
$70.00
1 in stock

Citadel Layer paints are high quality acrylic paints that provide you with a huge range of colours and tones to choose from when you paint your miniatures. They are designed to be used straight over Citadel Base paints (and each other) without any mixing. By using several layers you can create a rich, natural finish on your models that looks fantastic on the battlefield.   All of our paints are non-toxic, water-based acrylic that are designed for use on plastic, metal, and resin Citadel miniatures. One pot contains 12ml of layer paint.
$6.50
4 in stock

TECHNICAL: BLOOD FOR THE BLOOD GOD

Blood for the Blood God provides a gloss, wet look finish that allows any painter to create a realistic blood effect on their miniatures.   It is part of our Technical paint range designed specifically for creating unique effects on Citadel miniatures.   All of our paints are non-toxic, water-based acrylic that are designed for use on plastic, metal, and resin Citadel miniatures. One pot contains 12ml of paint.
$7.00
3 in stock

Citadel Base paints are high-quality acrylic paints created for easy application of the base coat for your Citadel miniatures! With a single layer you will achieve a smooth matte finish over black or white undercoats. Each pot contains 12ml and is one of the many base paints available in the Citadel Paint range. As with all of Citadel Paints, it is a non-toxic, water-based acrylic paint designed for use on plastic, metal, and resin Citadel miniatures.
$7.00
4 in stock

Citadel Dry Compounds are of a thicker consistency than other Citadel paints, which makes them perfect for drybrushing - a handy way to pick out the details on a model, or apply highlights swiftly and easily.   All of our paints are non-toxic, water-based acrylic that are designed for use on plastic, metal, and resin Citadel miniatures. One pot contains 12ml of dry paint.
$7.00
7 in stock

Assassins protect the future of humanity by eliminating the few who become tainted with treachery, greed, the daemonic or other evils too heinous to name. Formal records of their exploits are not available - it is not known precisely how many worlds have been saved from destruction by these secretive killers, but it is safe to say billions of lives are owed to their selfless actions. The Assassins work silently and without thanks. They are the bloody-handed and secret saviours of the Imperium.   Most Assassins operate with stealthy precision, lurking in the shadows - or sometimes in plain sight - and striking with accuracy when the time is exactly correct. Not so the Eversor Assassin! The Eversor Temple believes that the best way to eliminate a target is in a blaze of psychotic fury, disregarding factors such as collateral damage, practicality or the potential innocence of bystanders. This Assassin is in a permanent state of searing rage, kept in check by massive doses of sedatives; when the time comes for him to act, he’s roused from his coma and unleashed. Only his death will stop his berserk mission.   This pack contains one multi-part Eversor Assassin, and is supplied with one Citadel 32mm Round base.
$65.00
2 in stock