Expand your games of Necromunda with these 26 cards, representing the myriad tricks and schemes that can be used to gain an advantage in the underhive. These cards offer a great way to reference your gang's tactical options mid-game. As well as 18 gang-specific Tactics cards that perfectly encapsulate the way that House Delaque fight, there are also 8 blank Fighter cards for you to keep track of your gang.

This box contains 26 100mm x 75mm cards for use in games of Necromunda:

You will need a copy of the Necromunda: Rulebook and Necromunda: House of Shadow to use the contents of this set.

Scout squads are the vanguard of a Space Marine army. Infiltrating behind enemy lines they sow disruption and secure vital strongpoints. Only once a Scout has proven his courage and skill at arms in a Chapter's Scout Company is he elevated to the rank of battle brother, and inducted into one of the Chapter's Battle Companies.   This box set contains five multi-part plastic Space Marine Scouts with Sniper Rifles. Models are supplied with 25mm round bases.
$45.00
1 in stock

The windswept plains of Hoth are treacherous even to native beasts, but Tauntaun Riders are trained to expertly handle their surefooted mounts, searching tirelessly for signs of the Empire. The tauntauns themselves can be quite dangerous, and few enemies wish to find themselves in the path of these ferocious snow lizards.  Within this expansion, you’ll find two unique unpainted Tauntaun Rider miniatures to add to your Star Wars: Legion collection, enough for one support unit, along with a new unit card for you to field in battle. Your tauntaun’s natural speed and defenses make them useful in a number of situations, and this pack also contains three upgrade cards that give you the freedom to find a role for them that fits your particular battle plan.
$50.00
2 in stock

Moonclan Stabbas form ragged ranks that advance upon the foe with gongs clanging and banners waving. Eyes bulging with the madness of the Gloomspite, they pour over the enemy lines and stab wildly at everything in their path. Stabbas are the core unit for many Gloomspite Gitz army, thanks to their ability to overwhelm foes with vast numbers. You’ll find them great for capturing objectives or shielding the squishier elements of your army – or for concealing some well-placed Loonsmasha Fanatics... Inside the set, you’ll find enough stabbas, pokin’ spears and Moon Shields to build a unit of Stabbas, or enough Moonclan bows and slittas to build a unit of Shootas. You’ll also find a choice of Icon Bearers, a Gong Basher, 2 barbed nets and a special stabba for denoting the unit’s Moonclan Boss. This kit is supplied in 111 Components and contains 20 x 25mm round bases.
$65.00
2 in stock

Overwhelmed by his wrath, Radukar has undergone a terrifying transformation. The bestial monster within has come to consume the vampire almost entirely, and he now fights with a raw and brutal fury, his ferocious howls ringing through the night. Unleash the fearsome lord of the Vyrkos Dynasty, Radukar the Beast. In the form of a horrific, bestial monstrosity, Radukar is a nigh-unstoppable force of destruction. He is accompanied by a pair of Vyrkos Blood-born, murderous minions who fight alongside their master with wickedly sharp blades. This 29-part plastic kit makes one Radukar the Beast model (with two accompanying Vyrkos Blood-born) and comes supplied with a Citadel 60mm Round Base.
$90.00
2 in stock 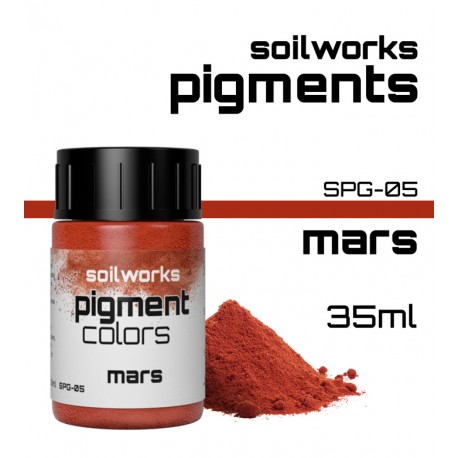 A Necrons novellaA rebellion deep in the Ghoul Stars spells danger for Nemesor Zahndrekh and his tireless bodyguard, Vargard Obyron. With uneasy allies beside them and the ghosts of the past at their heels, the ancient necrons must unravel a mystery that could spell their doom.READ IT BECAUSEGet an insight into the personalities of some key necron characters, and see what (un)life is like for the ancient warriors, reawakened in a galaxy that is no longer theirs.THE STORYFew amongst the hierarchies of the Nemesors are as lauded for their military strategy as Zahndrekh. A near peerless tactician, his battlefield acumen has won countless wars for the Necrons of the Sautekh Dynasty. His dauntless shadow is the Vargard Obyron, both tireless protector and eternal companion to the Nemesor.But when the ghosts of Zahndrekh’s muddled past return to haunt him, and the pair are sent to quell a rebellion in the Ghoul Stars, their bond and Zahndrekh’s already fragile sanity is put to the test. Given this mission by the mighty Stormlord himself, the Phaeron of the Sautekh, Zahndrekh and Obyron have little choice but to ally with an old acquaintance, a fellow Nemesor called Setekh. Their forces combined, they head for Doahht, a world which harbours both horror and hope in equal measure. What lurks in the darkness beneath the earth of Doahht and what purpose does Setekh have above his ostensible service to the Sautekh Dynasty?Written by Nate Crowley
$7.00
1 in stock