Once, Nathaniel Essex was a biologist in Victorian London. Realizing that an increasing number of human mutations signaled the beginning of a new evolution, Essex put aside morality in his pursuit of perfecting the human race. A long road of unethical experiments on unwilling subjects eventually led him to incredible discoveries and even greater personal power. Becoming something far more than human, Nathaniel transformed himself into the nearly immortal being known as Mister Sinister.

Mister Sinister views the mutant race’s eventual dominance over the world as a foregone conclusion, and that now we must look beyond the next step. Believing that certain genetic bloodlines possess greater mutant power than others, Mister Sinister has targeted members of the X-Men as potential experimental subjects. Regardless of the opposition, Mister Sinister will allow nothing to impede his quest for evolutionary perfection.

Orruk Megabosses are pretty killy – it’s how they become as huge as they do, all that stompin’ causes them to grow and grow and grow until the power of the Waaagh! flows through them. But for some Megabosses, this isn’t enough! These particularly angry orruks seek out and subdue enormous Maw-krushas (often by yelling really, really loudly at them) – ill-tempered and powerful creatures who enjoy smashing stuff up almost as much as the orruks themselves. This uneasy pairing never really gets along especially well, and the Megaboss needs to constantly remind his Maw-krusha who’s in charge with the liberal application of an iron boot to the back of the head. Despite this, almost nothing on the battlefield can withstand their noisy rampage, and the immense number of kills they rack up inspires nearby orruks to fight ever harder._____ Above all the clatter and clamour and yelling and bellowing of the Ironjawz, a single voice dominates. This particularly loud and brash orruk is Gordrakk, the Fist of Gork – undisputed boss of bosses, known to all as an unstoppable force of absolute destruction and the herald of the next Great Waaagh!. Notable for his sheer ferocity and vicious cunning, Gordrakk wields twin axes – Smasha and Kunnin’, once part of a single great axe called the Worldchoppa, but broken in two to make them more killy – and rides a belligerent, murderous Maw-krusha. This Maw-krusha, Bigteef, is claimed by orruk legend to have been hewn from Gordrakk’s massive surplus of raw brutality._____ This multi-part plastic kit contains all the components necessary to assemble one Megaboss on Maw-krusha. Standing atop his fierce steed, the Megaboss is armed with either a boss gore-hacka and scrap-tooth or a choppa and rip-tooth fist – both options are suitably killsome. The Maw-krusha features an alternative mask and bladed tail. This kit contains 63 components, includes a Citadel 160mm Round base, and can be optionally assembled as Gordrakk, the Fist of Gork.
$205.00
1 in stock

Frank Castle was an honest ex-Marine just trying to live a normal life with the family he loved. When his family was tragically gunned down, Frank went on a mission of vengeance, first against those directly responsible, then swearing an oath to punish those who hurt the innocent. An expert in close quarters combat, a trained marksman, and an explosives expert, Frank now stalks the mean streets delivering his own brand of personal justice as the Punisher. When Anthony Masters injected himself with an experimental serum designed to unlock the brain’s procedural memory potential, he gained the ability to instantly replicate the physical movements of anyone he saw. Using these photographic reflexes, Masters took on the name Taskmaster and became a mercenary—selling his skills to the highest bidder. Thanks to his mnemonic memory, Taskmaster is able to memorize, utilize, and predict the attacks of any opponent, turning their own physical abilities against them.  Miniatures are supplied unpainted. Some assembly may be required.
$70.00
1 in stock 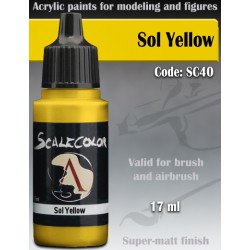 32mm Scale Keyword: Guard   The Wardens' hulking iron bodies form a cordon when the gates must be opened, their restraint claws pluck prisoners out of the heaving mob when it's time to fill an order for new laborers for the foundries or railroads, and their metal fists can beat defiance out of the most starvation- and violence-crazed convicts. And every one sent into a jail can replace five regular guards - men who can take bribes, need paying and feeding, and might even feel pity sometimes.   Contents: 2 Wardens 2 Executioners
$65.00
1 in stock

Citadel Dry Compounds are of a thicker consistency than other Citadel paints, which makes them perfect for drybrushing - a handy way to pick out the details on a model, or apply highlights swiftly and easily.   All of our paints are non-toxic, water-based acrylic that are designed for use on plastic, metal, and resin Citadel miniatures. One pot contains 12ml of dry paint.
$7.00
8+ in stock