Baron Karl Mordo learned his impressive magical ability by training with the Ancient One. He has long been one of Doctor Strange’s greatest foes. Baron Mordo has consorted with darker powers like Dormammu and the demon Mephisto in his efforts to destroy the Ancient One and the Sorcerer Supreme.

Born more than 500 years ago, the Ancient One was a mortal inhabitant of Kamar-Taj, a hidden mountain village. The Ancient One learned how to unlock the mystical power of the universe to work magic. Having seen firsthand the dangers of magic if used for personal gain, the Ancient One became the first Sorcerer Supreme. As one of the most powerful magic wielders in the world, the Ancient One has sworn to protect the world against evil magic and those who use it.

Citadel Technical paints have been designed to add a wide range of effects to your miniatures to provide even further details to your armies. This pot contains 24ml and is one of many paints in the Citadel Technical range. As with all of Citadel paints, it is a non-toxic, water-based acrylic paint designed for use on plastic, metal, and resin Citadel miniatures.
$13.00
6 in stock

Space Marines on the defence fight with a tenacious fury. Captains will take up heavy bolt rifles to lay down punishing fire and wear Gravis armour to withstand the foe's best attempts to dislodge them. Fighting in such a way, they are a symbol of the Space Marines' indomitable will to never fail. If you need to hold your ground at all costs with an indomitable Space Marine commander, look no further than this tooled up Captain. Not only is he clad in Mark X Gravis armour for additional protection, but he’s equipped with artificer weaponry in the form of a master-crafted heavy bolt rifle and master-crafted power sword, so is handy in a fight at every range. This 8-part plastic kit makes one Captain with Master-crafted Heavy Bolt Rifle and is supplied with a Citadel 40mm Round Base.
$67.00
5 in stock 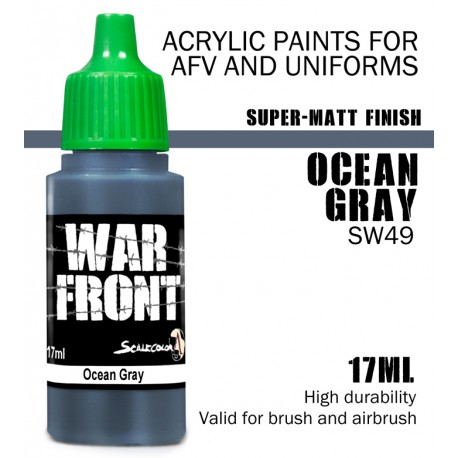 The Shrines Luminor, carried atop a realmstone-rich metalith that hovers gracefully above the ground, are bastions of cleansing purity in the tumultuous aftermath of the Age of Chaos.   Garrison your heroes in these graceful monuments to provide a range of powerful benefits for your army, for both wizards and commanders alike. Use your Shrine Guardian to channel the metalith's power and spread casting bonuses far and wide!   The kit is comprised of 36 plastic components, with which you can assemble one Shrine Luminor terrain piece.
$105.00
1 in stock 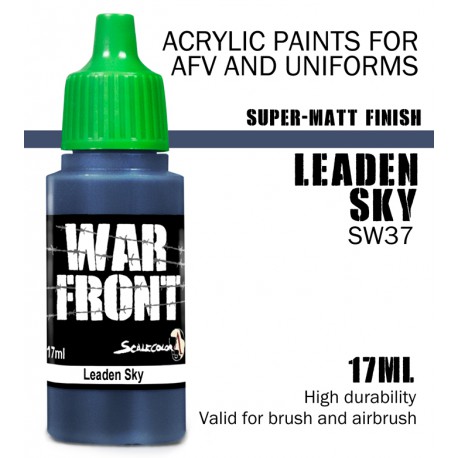 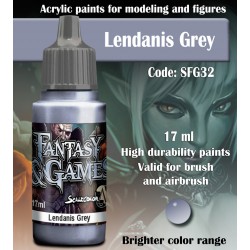 Built to withstand the pressures and challenges of underground mining, the Goliath Rockgrinder is a devastating piece of equipment when turned to aggression. Surging forward into the massed ranks of the enemy, servo-mounted weaponry seeking and destroying priority targets, the Rockgrinder drives ever-forward, its sawtoothed drilldozer ripping apart anything foolish enough to stand in its path. The fourth-generation cultist standing atop the vehicle efficiently uses its industrial equipment as a weapon of war – heavy mining lasers, seismic cannons and clearance incinerators, though designed for mining and gathering resources, are perfectly suited to annihilation._____ Infinitely adaptable, hard-wearing and rugged, the Goliath Truck is a mainstay of the Genestealer Cults. Fast and manoeuvrable, it bounces around the battlefield laying down walls of gunfire, heavy stubbers and autocannons ablaze. Once dedicated to the shadows, the crew manning the Goliath – proudly emblazoned with insignia of the Cult – now do everything in their power to get as close to the enemy, screaming rapidly across even the most hostile terrain to slam open their cargo compartment and disgorge broods of up to 10 scuttling Hybrids._____This multi-part plastic kit contains the components necessary to assemble a Goliath Truck or a Goliath Rockgrinder, armoured weapon platform of the Genestealer Cults. It comes with a number of weapon options – heavy stubber, mining laser, drilldozer blade, clearance incinerator and seismic cannon – and features a ton of customisation opportunities – the crewmen have their own options, and the Rockgrinder can be modelled sitting low on its wheels due to the weight of the weaponry it carries.
$105.00
1 in stock

Key Features Rules for Adeptus Mechanicus Hunter Clade Kill Teams and the first Battle Report of the new game Includes lore and rules for the Wolfspear, the Space Wolves Primaris successor Chapter – and a transfer sheet for the Chapter too! Packed full of rules, short stories, regular columns for Warhammer Age of Sigmar and Warhammer 40,000, an A2 poster, and much more besides White Dwarf is Games Workshop's premium Warhammer magazine, packed with amazing content each month such as new rules and background, short stories, regular columns, special guests, and more. Here’s what you can look forward to in September’s issue: Contact! Letters, painting advice, and beautifully painted miniatures. Plus: quarantine time and a question about salvage rights.   Worlds of Warhammer War correspondent Nick Horth discusses writing battlefield action and how it’s not always about blood and gore.   Inside the Studio We talk about some of the models we’ve painted and the games we’ve played over the last month.   WARHAMMER 40,000 Index Astartes: The Wolfspear A deep dive into the mysterious Wolfspear, one of the few known successors of the Space Wolves. Awoo! Plus, new rules, including a Chapter Tactic, three Relics, three Warlord Traits, and three Stratagems.   Gallery of Grimwolves Three pages of stunningly painted Wolfspear miniatures, plus a guide to the Chapter’s insignia and heraldry.   Paint Splatter: Sons of the Wolfspear Two painting guides for the young sons of Russ – one using the Contrast paints, the other using Classic techniques.   A Tale of Four Warlords We’re at 100 Power! Joel, Jonathan, Drew, and Lydia show off their latest creations for their ever-growing armies.   WARHAMMER 40,000 FLASHPOINT OCTARIUS: Galactic War Hosts: Hive Fleet Leviathan Eight pages of painting and modelling inspiration for the purple-and-white xenos from beyond the stars. Includes Ork/Tyranid hybrids featuring tentacles! You have been warned.   WARHAMMER AGE OF SIGMAR Rules of Engagement Lord-Aquilor Louis Aguilar joins us to discuss Pitched Battles in the latest General’s Handbook.   Realmscapes: The Realm of Death A closer look at the land of afterlives, where the dead do not rest easy. Nor the living, come to think of it…   WARHAMMER AGE OF SIGMAR FLASHPOINT CLASH: The Tome Celestial: Slaves to Darkness Across the Mortal Realms, the servants of the Dark Gods bring corruption and ruination to all they touch. Also includes a major update for Battletome: Slaves to Darkness in the new edition of Warhammer Age of Sigmar, including updated allegiance abilities, two bespoke core battalions, a new grand strategy, and two battle tactics.   Usurpation of Power A mini-campaign in which we see whether Be’lakor can wrestle the Banelands from Archaon’s grasp, or if he's sent packing in this Chaos-on-Chaos conflict set in the Realm of Death.   KILL TEAM Operation Briefing Games developer Elliot Hamer joins us to talk about the new edition of Kill Team and some of the game’s major changes.   Agents of the Machine God An in-depth look at the Kill Teams assembled by the acquisitive Tech-Priests of the Adeptus Mechanicus. Includes Names and Demeanour tables for Adeptus Mechanicus kill teams.   Eyes of the Omnissiah All become one with the Motive Force! The Adeptus Mechanicus take on the Tyranids in this short story.   Hunter Clade Kill Team All new Kill Team content available in White Dwarf for the first time, featuring a hefty 16 pages of shiny new rules for fielding the Adeptus Mechanicus' Hunter Clade Kill Teams in the latest edition of the game.   Battle Report: Awaken the Data-Spirits The Death Korps of Krieg take on a team of Ork Kommandos in a deadly mission to reactivate a secret weapons system.   ’EAVY METAL Brush Tips Max Faleij explains how the ’Eavy Metal team develop a colour scheme for a new army. Here, he looks at the colour palette for the Kruleboyz.   BLACK LIBRARY Legacy of Posul Blood is spilt and skulls taken in this short story that pits the Mortifactors against the World Eaters. Rated G for Gory!   SLEEVED ISSUE Each physical copy of Issue 468 comes sleeved, and includes the following: - 1x Wolfspear transfer sheet, featuring 402 decals - 1x card insert with three Stratagems for The Wolfspear and nine Kill Team game rulers - 1x double-sided A2 poster featuring the PC games Storm Ground and Hired Gun - 1x flyer introducing Soulbound, a Warhammer Age of Sigmar role playing game by Cubicle 7, featuring rules for an exclusive artefact – Mark of the Binding – for use in the game
$18.50
2 in stock 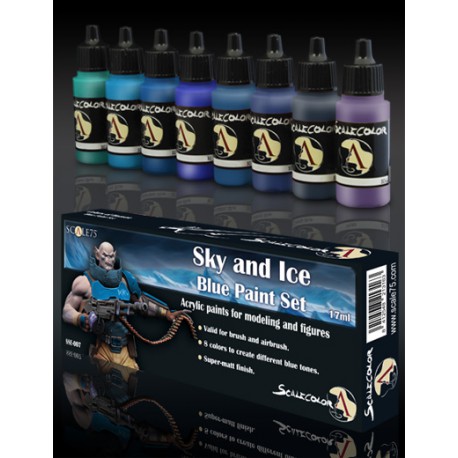