Black Templar Castellans function as Lieutenants for this esoteric successor Chapter. Acting as the right hand of their Marshal, they help direct their battle-brothers in war. By handling the squad-level combat logistics of force coordination and acting as exemplary leaders, they free up their Marshals to focus on the wider strategic picture of the entire war zone.

Based on an iconic piece of Black Templars artwork by John Blanche, this Castellan brings the firepower-enhancing effects of a lieutenant to the battlefield in a unique style. Covered with effigies of skulls, wielding a combi-flamer and master-crafted power axe, this distinctive miniature is the perfect way to add some retro flavour to your Black Templars force.

This kit is comprised of nine plastic complements, with which you can assemble one Castellan, and is supplied with one Citadel 40mm round base. This miniature is supplied unpainted and requires assembly - we recommend using Citadel Plastic Glue and Citadel paint.

Citadel Layer paints are high-quality acrylic paints, and with so many of them in the Citadel Paint range, you have a huge range of colours and tones to choose from when you paint your miniatures. They are designed to be used straight over Citadel Base paints (and each other) without any mixing. By using several layers you can create a rich, natural finish on your models that looks fantastic on the battlefield. This pot contains 12ml and is one of many Layer paints in the Citadel Paint range. As with all of their paints, it is a non-toxic, water-based acrylic paint designed for use on plastic, metal, and resin Citadel miniatures.
$7.00
2 in stock

Step out of the shadows of Ulgu with a set of dice themed around Morathi's favoured servants. This pack contains 20 dice, with a Daughters of Khaine icon in place of those all-important 6s.  This set contains 20 16mm six-sided dice in blood-red colour with black ink. The 6 facing on each one depicts the Daughters of Khaine faction icon.
$60.00
3 in stock

Bring one of the most iconic Jedi to your Republic armies with the Grand Master Yoda Commander Expansion for Star Wars: Legion! Yoda has trained generations of Jedi Knights and he brings his skills both as a mentor and with a lightsaber to your armies. Whether he is aiding friendly units or using his mastery of the Ataru form of lightsaber combat, Yoda adds a powerful new option to the Republic’s ranks. This expansion adds this legendary Jedi to your Star Wars: Legion collection, beginning with two beautifully detailed, unpainted Grand Master Yoda miniatures that can be assembled in a variety of poses, such as leaping into battle or concentrating while reaching out with the Force. All of Yoda’s skills, including his deep connection to the Force, are laid out on a unit card and his three signature command cards. These substantial powers can be further augmented by eight upgrade cards that grant him new Force powers and ways to command your armies. Finally, this expansion also includes a Republic unit card and an additional command card for the mighty Wookiee Chewbacca, allowing you to use your existing miniature in this faction.
$30.00
2 in stock

DAEMONS OF TZEENTCH: THE CHANGELING

None recognise the presence of the Daemon known as the Changeling before it is too late. A master of illusory disguise, the Changeling secretes itself amongst its quarry, sowing confusion and misdirection. Upon throwing aside its fleshly masquerade, the Changeling uses trickery and its trickster’s staff to openly blast its foes.This multi-part plastic kit contains the parts necessary to assemble a Changeling. Armed with the Trickster’s staff in one arm, with its sinister snake on the end, his other 3 (yes, 3) arms are all concentrated on his left side, and are preparing to blast warpfire at an unfortunate foe. Clad in a cloak carrying 3 mysterious scrolls, with a huge hood obscuring his face and hiding his identity, he stands aloft magical flames which elevate him from his base. He comes in 15 parts, and is supplied with a Citadel 40mm Round base.
$58.00
1 in stock 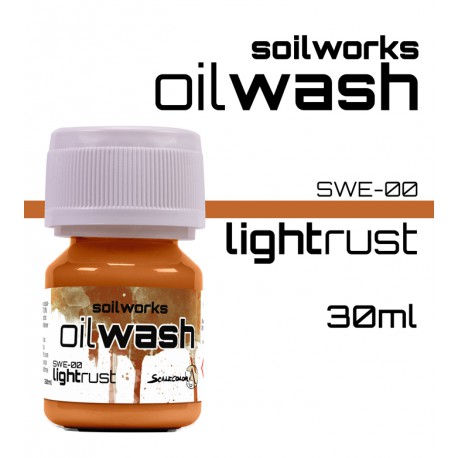 DAEMONS OF TZEENTCH: LORD OF CHANGE

The greatest of Tzeentch’s daemons, the Lords of Change shimmer with raw magic. With a flick of its claw, a Lord of Change can hurl foes into nightmares, or blast enemies with the wyrdfires of Tzeentch. Such canny creatures can steal opponents’ spells for their own use, or send mutating rays from their rod of sorcery to destroy entire enemy formations. This multi-part plastic kit contains the components necessary to assemble a Lord of Change. A huge, imposing model, he makes an ideal centrepiece for any Tzeentchian army, covered as he is in the symbolism of Tzeentch that marks him out as a true master of magic. His enormous wings can be modelled in 2 different positions, and he features a choice of 3 different, sinister heads. He wields a staff of Tzeentch, which can be topped with either a symbol of Tzeentch or a flame blade; or can alternatively wield a baleful sword and Tzeentchian wand. He is accompanied by 2 Brimstone Horrors, which can be added to his base. This kit is supplied as 72 components, and includes a Citadel 100mm Round base. This kit can alternatively be used to assemble Kairos Fateweaver.
$210.00
2 in stock

Citadel Air Paint Range has been formutlated to preceisely match in the exsisting Citadel available paints and has now been even further extended to include the addition of the Forge World's Air range. In an even larger pot than the previous reiteration, we're sure you're gonna want to check these out! This pot contains 24ml and is one of many paints in the Citadel Air range. As with all of Citadel paints, it is a non-toxic, water-based acrylic paint designed for use on plastic, metal, and resin Citadel miniatures.
$13.00
7 in stock