Sisters Novitiate are young recruits to the Adepta Sororitas. Trained by the Drill Abbots of the Schola Progenium, these impetuous warriors are assigned to an Order Militant to gain combat experience and prove their mettle in the crucible of war.

This box allows you to build a unit of 10 Sisters Novitiate, with lighter armour and weaponry than their senior sisters. The Sisters Novitiate kit is suitable for games of Kill Team, as well as Warhammer 40,000 as a Troops option for your Adepta Sororitas armies, using free rules available to download from the Warhammer Community website. Nine of the models can be built as either a standard Novitiate Militant, or a variety of specialist tactical roles for your Kill Team. The last model represents a Novitiate Superior, with a choice of different heads, decorations, and weapon options.

This set comprises 128 plastic components and is supplied with 10x Citadel 28.5mm Round Bases, 1x Citadel 32mm Round base, and 1x Adepta Sororitas Transfer Sheet. These miniatures are supplied unpainted and require assembly - we recommend using Citadel Plastic Glue and Citadel paints.

Citadel Layer paints are high quality acrylic paints that provide you with a huge range of colours and tones to choose from when you paint your miniatures. They are designed to be used straight over Citadel Base paints (and each other) without any mixing. By using several layers you can create a rich, natural finish on your models that looks fantastic on the battlefield.   All of our paints are non-toxic, water-based acrylic that are designed for use on plastic, metal, and resin Citadel miniatures. One pot contains 12ml of layer paint.
$7.00
3 in stock

Once a courageous vampire-knight who, despite holding no love for Ghur's mortal races, refused to prey upon those weaker than herself, Lauka Vai's constant struggle against the hunger within was cruelly cut short while tangling with a Tzeentchian sorcerer. Upon falling into a pool of primordial ooze she returned in an altogether more monstrous form, slaying her fellow knights in a fit of rage before the red thirst could be quieted. Now found among the equally bestial Avengorii dynasty, she leads her fellow vampires with the dignity of a true warrior queen, all the while fighting an unwinnable war against her own base instincts. Standing tall over the battlefield as a bestial mixture of bat-fiend, drake and vampire, Lauka Vai strikes down would-be challengers with ease befitting a noble knight in monstrous form. While she retains her wits and keeps her thirst at bay, fellow Soulblight monsters hang on her every word, but a deadly rage can descend at any moment and turn the Mother of Nightmares into a charging, howling whirlwind of carnage. _____ When the first rumbles of Nagash's great spell of death were felt, many magically-attuned vampire lords voyaged closer to Nagashizzar to better receive a bounty of power from the great wave of death magic. Unfortunately, they bit off far more than they could chew, and the amethyst magics of the necroquake turned those vampires into Vengorian Lords. Bitter at their monstrous fate, they now hide away in remote lairs, only to return leading crusades of spiteful retribution against all who would dare to live a life less afflicted. While they may look every bit a blood-crazed monster, long divorced of a vampire's warped nobility, Vengorian Lords are still capable commanders adept at directing their troops to greater acts of violence. They also retain the typical Soulblight aptitude for magic, and when a would-be hero strays too close to their sharp talons a quick swipe is all that's needed to commend another soul to Nagash. All the while, the Vengorians struggle with their inner bestiality, for it can take just a moment for the thin veneer of stability to give way to a rampage of bloodshed and violence. _____ The kit is comprised of 39 plastic components, with which you can assemble one Lauka Vai, Mother of Nightmares, and is supplied with 1x Citadel 80mm Round Base. This model can alternatively be assembled as a Vengorian Lord.
$112.50
1 in stock

Key Features Your first chance to get hold of the Blade Champion and Reductus Saboteur An elite Adeptus Custodes vanguard battles a covert Genestealer Cults ambush Deep beneath the surface of humanity's Throneworld, the agents of the inquisition have made a horrifying discovery – a Genestealer Cult has taken root amidst the shadows, spreading its malignant tendrils across Holy Terra. Such a threat to the Imperium's heart cannot be permitted, and so Blade Champion Aristothes Carvellan leads an elite force to purge the xenos threat. So begins a nightmare subterranean war against the beast known as the Begetor and its mutated brood. Whether you're a long term defender of the Imperium, or a fledgling Cult acolyte, this box contains two exclusive miniatures, plus a force for both the Adeptus Custodes and Genestealer Cults, meaning you'll be able to kick off your own recreation of the Unthinkable War on Terra, or fold these reinforcements into an existing army. Inside, you’ll find 25 plastic Citadel miniatures, including: - 1x Blade Champion - 3x Allarus Custodians, with the option to build one miniature as a Shield-Captain, and one as a Vexilus Praetor - 5x Witchseekers, able to be built as Vigitalors or Prosecutors - 1x Reductus Saboteur with explosive device - 1x Genestealer Patriarch - 1x Magus - 1x Primus - 2x Familiars - 10x Neophyte Hybrids A 32-page Shadow Throne campaign book covering the narrative of the Unthinkable War, which sees the Adeptus Custodes and Sisters of Silence in conflict with a covert uprising of Genestealer Cults beneath the Imperial Palace itself. This book contains Datasheets for everything in the box, as well as rules for the Deadly Ambush Theatre of War, a two-mission campaign, and Crusade rules giving each faction a Battle Trait table and both an Artificer and Antiquity Relic. All together, this makes Shadow Throne a brilliant choice for new and existing players alike. The above units are supplied with 1x 50mm Citadel round base, 3x 40mm round bases, 10x 32mm round bases, and 13x 25mm round bases. These miniatures are supplied unpainted and require assembly – we recommend using Citadel Plastic Glue and Citadel paints.
$310.00
1 in stock 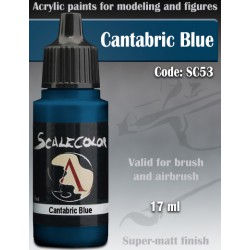 Swift and deadly, T'au Commanders pilot battlesuits of intimidating size and power. Of course, simply piloting a huge battlesuit doesn't automatically make a troop into a Commander - more than anything, it's the strategic nous and ability to adapt to unpredictable situations that stands this pilot out from the others. Many, many years of tireless dedication are required to reach this prestigious rank; every T'au Commander has achieved their status the hard way. Their XV-85 Enforcer Armour Crisis Battlesuits are armed with immensely destructive weapon arrays - flamers, ion blasters and frag projectors are amongst the optional loadouts, with electronic countermeasure suites and huge data-processing capabilities enhancing their battle prowess. The XV86 Coldstar Battlesuit variant is covered in fins which streamline it, allowing super-fast movement across the theatre of battle, annihilating enemies with sharp shocks from its burst cannon. The on-board holophoton countermeasures and telemetry suites feed the Coldstar and its Commander pilot a massive variety of information that would overwhelm the untrained mind - instead, in this case, it allows the Coldstar Battlesuit to soar over its foes with a grace that enemy targeting systems simply cannot hope to catch. This multi-part plastic kit gives you everything you need in order to build one T'au Commander, in either an XV-85 Enforcer Armour Crisis Battlesuit or an XV86 Coldstar Battlesuit. There's an immense number of options available in the box - different heads, engines, leg and arm assemblies - and a ton of weapons! An airburst frag projector, a plasma rifle, a flamer, a fusion blaster, a cyclic ion blaster, a burst cannon (plus upgrade kit) and a missile pod. Included is a drone, which can be assembled as a gun, shield or marker drone. Seventy-seven components are included, and one Citadel 60mm Round base.
$90.00
1 in stock

A single super-heavy tank is a dominant presence in an Astra Militarum battle line. As it ploughs inexorably forward it lays down a wide path of destruction. Enemy ranks shatter long before it reaches their position, and those unlucky few who are able to maintain their defensive formations are ground to paste under the slab-like plates of its tracks. The Baneblade is the most common variant of super-heavy tank. Its primary weapon – the fearsome baneblade cannon – is capable of delivering apocalyptic bombardments at a terrifying range.The Baneblade is armed with a fearsome array of weapons, from the mighty baneblade cannon (and optional coaxial autocannon) on its turret, to a hull-mounted demolisher cannon. It can also be equipped with a pair of sponsons sporting a twin heavy bolter or twin heavy flamer, each capped by a lascannon turret!The kit includes a huge array of accoutrements, including aerials, artillery shells, smoke launchers, searchlights, tools, name plates, pintle-mounted heavy stubbers. On top of this you also get 3 optional turret-mounted crew who come with a variety of heads, arms and weaponry, allowing you to make an officer, driver or gunner. Alternatively, you can assemble the turret with a closed hatch. There are also parts for you to make an Astra Militarum officer on foot (supplied with a Citadel 25mm Round Base).This multipart plastic kit contains a whopping 295 components. The kit includes the parts to assemble the kit as a Banehammer, Banesword, Doomhammer, Hellhammer, Shadowsword, Stormlord or Stormsword super-heavy tank instead of a Baneblade. Also included is 1 Astra Militarum Vehicle Transfer Sheet, which can be used to add markings and insignia.
$178.00
1 in stock