Letters, painting advice and beautifully painted miniatures. This issue: Necrons, vampires, and a question about souls.

Heirs of Reason author and studio background writer Callum Davis joins us to talk about Greyshields.

Here’s what we've been up to around the studio lately.

The Acts of The Wardens

With the Nachmund Gauntlet under attack, the Wardens of the Gauntlet are assembled to defend it.

New Crusade rules for puritanical warriors. But which god will you follow into battle? Includes two new Requisitions plus a D6 Weapon Enhancement and D6 Battle Scar tables for the the Righteous.

Major Hesper must decide the fate of the Khymer 64th, but will Commissar Qalo agree with his decision?

Place your faith in the Dark Gods, and revel in the majesty of their servants in this article as it provides hints and tips on heretical architecture, renegade vehicles, as well as a huge host of heretical hobby inspiration.

Echoes From The Warp

Duncan Waaagh! joins us to talk about meaningful battlefield choices, like trying to shoot with Orks…

Servants of The Dark Master

New rules, which are legal for use in Matched Play, for fielding Chaos Knights alongside the Disciples of Be’lakor. Eep!

It’s the grand finale of A Tale of Four Warlords! Jonathan and Lydia take on Drew and Joel in a truly colossal, 300 Power-a-side showdown for the ages!

Welcome, traveller, to the domain of the Everchosen. Great glory or an eternity of damnation awaits you.

Peruse your articles and amend your addendums, because we've got new background and updated rules for the masters of the skies. This month's Tome Celestial updates the Kharadron Overlords in matched play, including a revised warscroll for the Arkanaut Admiral, as well as a Grand Strategy, three Battle Tactics and two core battalions for use in matched play. It also contains updates for open play and Path to Glory narrative play.

A new campaign for the Kharadron Overlords sees them hunting for the legendary Grudgeserver, including a new battleplan – Total Destruction.

Sam Pearson shares his wisdom on creating and running his first campaign: the War in Carcass Donse. He even shares all his campaign rules! Includes detail on gaining glory points as well as exploring the lost ruins of the all but extinct Drogrukh.

What’s that, little mortal? You wish to be a mighty Daemon Prince? Then perhaps you should undertake this simple quest… This article contains battleplans for the four new convergences in your quest to ascend.

Legends of the Skies

Goggles on, moustache waxed, scarf to the wind – you're ready to be a fighter ace! A brand new suite of rules for use in Aeronautica Imperialis games let your squadrons and the pilots gain experience over the course of a campaign, learning new skills if they survive long enough, and upgrading their aircraft. This article provides 16 new Ace Abilities, each with the corresponding Accomplishment required to be achieved in order to 'learn' the skill. Aircraft Customisations allow pilots to modify their aircraft as their renown grows.

It still only counts as one! Yes, one cracking article packed with tactics for the unlikely companions Legolas and Gimli.

The ongoing series focusing upon the Tome Keepers continues as the war on Anakletos continues, and Chaplain Sephax comes to the realisation that he may have failed in his duty.

Max Faleij talks about Golden Demon and offers advice for those thinking of entering this prestigious competition, including insight on what Golden Demon judges actually look for in winning entries.

Citadel Base paints are high-quality acrylic paints created for easy application of the base coat for your Citadel miniatures! With a single layer you will achieve a smooth matte finish over black or white undercoats. Each pot contains 12ml and is one of the many base paints available in the Citadel Paint range. As with all of Citadel Paints, it is a non-toxic, water-based acrylic paint designed for use on plastic, metal, and resin Citadel miniatures.
$7.00
3 in stock 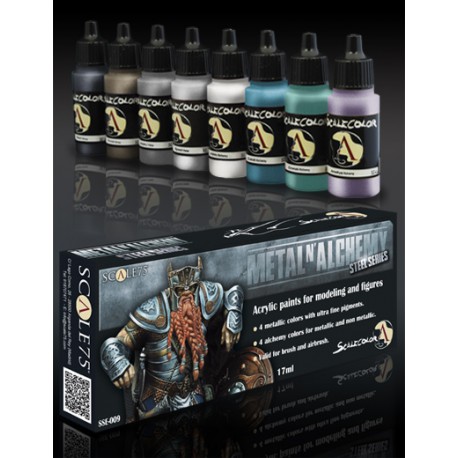 Citadel Technical paints have been designed to add a wide range of effects to your miniatures to provide even further details to your armies. This pot contains 24ml and is one of many paints in the Citadel Technical range. As with all of Citadel paints, it is a non-toxic, water-based acrylic paint designed for use on plastic, metal, and resin Citadel miniatures.
$13.00
1 in stock

The Beasts of Chaos have long dwelt in the wild places of the Mortal Realms. Even during the Age of Myth, these creatures menaced the civilised lands, and their alliance with the primal essence of anarchy has only made them more deadly. Their marauding Greatfrays contain all manner of bestial warriors; the cunning gor-kin of the Brayherds are master ambushers, while the brutes of the Warherds are cursed with an insatiable bloodgreed. Warring alongside them are the Dragon Ogors, ancient inhabitants of Azyr banished by the God-King and empowered by the touch of lightning.Unless the savage wrath of the Beasts of Chaos in Warcry with this card pack! This set allows you to find the rules for a host of brutal Beasts of Chaos fighters, from cunning Ungor to towering Dragon Ogors. If you're looking for a warband that’s fast, hits hard in close combat and has a vast range of fighters to choose from, this is the one for you.This set contains:- A faction ability card, allowing you to harness tactics, tricks and abilities unique to this warband, including the runemarks you need to use them. The reverse allows you to identify the fighters in your warband. The set contains a faction abilities card in each of the following languages: English, French, German, Italian, Spanish, Chinese, Japanese, and Russian.- Fighter cards that give you the rules and points for 17 different fighter types, including Gor, Bestigor, Bullgor, Dragon Ogors and Ungor with a variety of weapons- 2x divider cards, used to keep track of any tokens that apply to fighters in games
$18.00
2 in stock

When the Daughters of Khaine march to war, their wizards and priestesses can conjure blood and shadow into dangerous magicks to harry their foes. The Bloodwrack Viper is an enormous serpent formed from boiling blood, a manifestation of hatred and bitterness that binds its prey into a crushing embrace before squeezing so forcefully that the victim explodes in a shower of gore. Carried through the air by a tempest of blood, the Bladewind carves a bloody path through anything in its way, slicing through armour with unnatural ease to get to the flesh and blood beneath. The most devout of Khaine's priestesses can summon a manifestation of his Iron Heart, a blood-dripping icon that burns with supernatural rage. Those bathed in its wrathful aura continue to fight and kill even when stricken with mortal wounds. The Daughters of Khaine endless spells offer diverse and powerful tactical options to your army, designed to slay your foes and offer helpful boons to your own units. This set contains models for all two endless spells and an Invocation of Khaine, two of which can be cast by your wizards, while the third can be summoned by priestesses.   This 42-piece kit builds three miniatures for Daughters of Khaine armies: – Bloodwrack Viper – Bladewind – Heart of Fury   This kit also includes a 100mm round base and two 50mm round bases. Warscrolls for these models can be found in Battletome: Daughters of Khaine.
$68.00
2 in stock

Citadel Dry Compounds are of a thicker consistency than other Citadel paints, which makes them perfect for drybrushing - a handy way to pick out the details on a model, or apply highlights swiftly and easily.   All of our paints are non-toxic, water-based acrylic that are designed for use on plastic, metal, and resin Citadel miniatures. One pot contains 12ml of dry paint.
$7.00
5 in stock 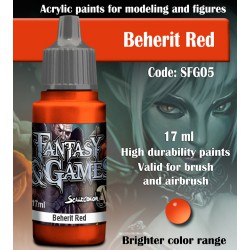