Heavy Support Squads provide the Legiones Astartes with mobile, infantry-portable firepower sufficient to bring down hordes of enemy troops or smash armoured vehicles apart with withering hails of fire, combining devastating armaments with all the flexibility of a footsoldier. Heavy bolters are the largest bolt weapons available to infantry, unleashing a storm of shells that tear apart enemy formations, while missile launchers are prized for their versatility, offering a variety of explosive munitions suited to eliminating infantry, tanks, or aircraft.

This upgrade kit comprises 120 plastic components and is designed to be assembled with the MKVI Tactical Squad set, which is sold separately. These components are supplied unpainted and require assembly – we recommend using Citadel Plastic Glue and Citadel paints.

Key Features Brand new lore and rules for the Hedonites of Slaanesh, plus an indulgent campaign Kill Team rules and a full mission pack for bringing sentries into play on the killzone Corrupt your Crusade with rules for falling to the temptations of Chaos Add the High Gladiatrix, Scriptor Mortis, and Craventhrone Guard to Warcry, with new fighter cards included in the issue White Dwarf is Games Workshop's premium Warhammer magazine, packed with amazing content each month including new rules and background, short stories, regular columns, special guests, and more. Here’s what you can look forward to in May's issue: Contact!Letters, painting advice and beautifully painted miniatures. This issue: lots of legs and a bizarre question about black paint. Worlds of WarhammerThe iconic Phil Kelly is back to talk about iconography, symbols, sigils, insignia, runes, icons, mandalas and other devices. Inside The StudioWe talk about some of the models we’ve painted, a few of the games we’ve played, and one of the rooms we’ve escaped from over the last month. WARHAMMER 40,000 – FLASHPOINT: NACHMUNDThe Lies We BelieveFaith is tested as the Emperor’s loyal followers battle the debased servants of the Dark Gods in this short story. Descent Into DarknessAs your Crusade pursues its Righteous journey, temptation can lead its warriors down a dark path. Will you return to the Emperor’s light or fall to Chaos? These new narrative rules include a suite of rules to reflect how the taint of Chaos can impact Crusade forces of any faction. Galactic War Hosts: Imperial ZealotsLast issue, our pages were defiled by heretic zealots. This month, they're cleansed with righteous fire and hobby tips by Imperial zealots. Praise the Emperor! WARHAMMER AGE OF SIGMARRules of EngagementIt’s close to midnight, and something evil’s lurking in the dark. Louis Aguilar joins us to talk about the Nighthaunt’s new rules. Battle Report: Death Becomes ThemRich Packer’s Order of Morrda army must defend the Crystal Caverns of Hysh from a Kastelai vampire intent on reclaiming his ancestral home. WARHAMMER AGE OF SIGMAR – FLASHPOINT CLASHRealmscapes: The Realm of BeastsBe wary, traveller, for the Heartlands of Ghur are both as deadly and as hungry as the creatures that dwell there. Here are a few locations best avoided! The Tome Celestial: Hedonites of SlaaneshSing praise to the Prince of Pleasure, for he has delivered unto us an excess of new background and updated rules for his most seductive servants. Includes a new Battle Trait – Revel in Pain – as well as fresh grand strategies, battle tactics, core battalions, twists, ruses, and Path to Glory rules for fielding the Hedonites of Slaanesh in matched play, narrative play, and open play. A Clash of EgosA new Path to Glory campaign for the Hedonites of Slaanesh, as they're pitted against… themselves! What madness is this? The Host ResplendentChris Lewis, hobbyist and devotee to the Prince of Pleasure, shares his exquisitely painted Hedonites of Slaanesh army with us. KILL TEAMUnseen LurkersIn this short but violent story, a kill team of Catachan Jungle Fighters must destroy a Deathstrike missile launcher stolen by a warband of Deathskull Orks. Security Breach!Sound the alarm using brand new rules for sentries in Kill Team, plus six Critical Operations missions for super-sneaky operatives to try and get past them! Operation BriefingDo you know your Obscured from your Concealed? Your Line of Sight from your Visible target? Elliot Hamer talks us through the various principles of cover and line of sight in Kill Team. OTHER GAMESWarcry – Blood and TerrorThe Nighthaunt take on the Daughters of Khaine in two new Warcry quests, each with three Convergences – aided by the new models from the Arena of Souls! The Scriptor Mortis, Craventhrone Huntmaster, Craventhrone Guard, and High Gladiatrix all get new rules in this issue. Fighter cards for these new fighters are also included in this issue of White Dwarf. Necromunda – UnderdogsThis is it, lads, our last chance for fortune and glory! Grab your autoguns, load up on demolition charges, and try not to get shot. We’re going on a raid with three new scenarios for Necromunda. The Middle-earth Strategy Battle Game – One Ring to Rule Them AllAsh nazg durbatulûk, ash nazg gimbatul, ash nazg thrakatulûk agh burzum-ishi krimpatul. All clear? Good! Put the Precious through its paces in a tactics article for this unassuming ornament. BLACK LIBRARYHeirs of Reason: A Hundred DeceitsOn the Basileion spaceport, high above the embattled world of Anakletos, Ancient Kae discovers the true enemy of the Tome Keepers. Or does he? Each physical copy of White Dwarf 476 comes with four fighter cards for Nighthaunt and Daughters of Khaine warbands in Warcry, as well as cards detailing their in-game abilities.
$18.50
6 in stock 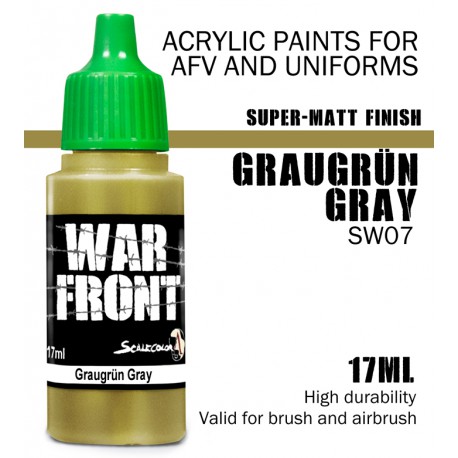 All roads lead to Alpha City… Add some extra visual appeal to your city table layouts with this modular set of roads! The bundle comes with a great selection of pieces, allowing for huge number of layouts on your tabletop. And with the included angled border pieces, you can set it up straight across the board or angled at 45 degrees. Road sections can be secured together with ‘connector bones’ to prevent movement. Connector bones can be stored in the box hidden inside the roundabout. Comes pre-primed grey and masked in our ‘Stay Shiny’ system, for super fast peel + spray detailing (as shown images). Road Runner Bundle Set includes: 5 x Straight sections2 x Straight sections with go fast arrows*2 x Left border table angles2 x Right border table angles1 x Corner1 x T junction1 x X junction1 x Roundabout featureLots of connector bones (to connect roads) Made from 3mm MDF + Acrylic parts. Requires glue for assembly.
$79.00
1 in stock

A Necromunda novelWhen full-scale gang war erupts between Houses Goliath and Escher, Brielle of the Wild Hydras finds herself on the run and desperate for revenge…READ IT BECAUSEDelve into the darkest reaches of the underhive in a tale of vengeance, ambition and gruesome deeds from Necromunda's underhive.THE STORYIn the polluted, sprawling hive cities of Necromunda, life is short. From the decadent heights of the Spire to the murderous deeps of the underhive, those on the climb must be bold and brutal, or face a violent end.When the barbarous Fettnir, Goliath overlord of the Chemfall Butchers, turns his attention to Escher territory, the result is nothing short of a massacre. Brielle of the Wild Hydras escapes the slaughter and is cast into the deepest levels of the underhive. Determined to avenge her family, Brielle vows that she will end those responsible, but to reach Fettnir and the bounty hunter who murdered her mother, she must first survive… and the darkness is full of horrors.Written by Justin D Hill
$24.00
1 in stock

This brush (L Shade) holds a huge amount of paint, meaning a faster, more consistent coverage when shading your Citadel miniatures. The ox hair bristles have been chosen specifically for their ability to hold as much paint as possible - you’ll be amazed at how much more efficient your shading will become.
$26.00
5 in stock

Citadel Shades are specially formulated to flow over other paints and into the recesses on your miniatures, defining details and accentuating recesses. Once applied, they dry to provide very effective shading for your models.   All of our paints are non-toxic, water-based acrylic that are designed for use on plastic, metal, and resin Citadel miniatures. One pot contains 24ml of shade paint.
$13.00
6 in stock