Book 2 of the Dark Imperium Trilogy

As the Plague Wars rage on, the Emperor's will manifests in Ultramar through miracles that confound the primarch Roboute Guilliman, even as he must rely on them when he faces his traitorous brother Mortarion.

READ IT BECAUSE
The battle between faith and science lies at the heart of Warhammer 40,000. Guy Haley explores it here as never before, through the eyes of Roboute Guilliman – the ultimate believer in rationality and the Imperial Truth.

THE STORY
Across the void and upon the worlds of Greater Ultramar, the battle for the Imperium rages on.

Intent on rebuilding his home realm and using it as a base to reconstruct the ravaged stellar empire of humanity, the returned primarch, Roboute Guilliman, proceeds with his war to drive Mortarion and his Death Guard Traitor Legion from the domain of the Ultramarines. Yet when Guilliman brings his brother to battle upon the diseased plains of Parmenio, the intervention of a greater power in their fraternal struggle threatens to upend the Imperial Regent’s understanding of the galaxy – and his place within it.

Primarchs and ideologies clash in this second, thrilling installment of the Dark Imperium trilogy.

Shardspeakers of Slaanesh are favoured sorcerers who have been gifted with a relic from the Temple of Twisted Mirrors. By tapping into the power of these artefacts, they can reduce a disciplined regiment to a pack of howling beasts ripe for slaughter.  These wizards wield powerful malus-inflicting relics, and lurk behind your main lines to support your melee units with debilitating spells. Though lightly armed and armoured, they're surrounded by malefic spirits that come to their aid, both for their protection and to destroy any foe foolish enough to get too close.  The kit is comprised of 7 plastic components, with which you can assemble one single-pose Shardspeaker of Slaanesh, and is supplied with a Citadel 32mm Round Base.
$52.00
1 in stock

Citadel Layer paints are high quality acrylic paints that provide you with a huge range of colours and tones to choose from when you paint your miniatures. They are designed to be used straight over Citadel Base paints (and each other) without any mixing. By using several layers you can create a rich, natural finish on your models that looks fantastic on the battlefield.   All of our paints are non-toxic, water-based acrylic that are designed for use on plastic, metal, and resin Citadel miniatures. One pot contains 12ml of layer paint.
$7.00
3 in stock

The swiftest of the Primaris battle-brothers, Inceptors fill the role of spearhead troops. They hit the enemy in one sudden and overwhelming blow, leaving them reeling as follow-up waves of Space Marines drive home the attack. Equipped with jump packs and reinforced armour, Inceptors can be dropped from the very edge of a planet’s atmospheric envelope, weaving and twisting through the skies before slamming down into the enemy’s midst. This multi-part plastic kit contains the components necessary to assemble a set of 3 Primaris Inceptors. Clad in Mk X power armour featuring a bulky jump pack – thrust-vectoring rocket engines mounted on the Space Marine’s back, enabling fast, bounding leaps to close on the foe at dizzying speed – they present a unique, easily recognisable silhouette. The jump pack itself and the blast shield cowl that protects the Inceptors’ heads from the immense heat of the pack’s rockets dominate the miniature, with posable fins, shock-absorbing devices attached to the boots and extra cabling and vents unique to this kit. The Inceptors can be armed with either 2 plasma exterminators each or 2 assault bolters each – the plasma exterminators are heavily shielded to provide protection against heat discharge and the assault bolters feature distinctive box magazines. 5 helmets are included, designed to be used with the blast shield cowl – no bare heads here, obviously! 3 blast shield helms are included and 4 purity seals – this includes 1 double seal used to distinguish the Sergeant. The Primaris Inceptors come as 117 components, and are supplied with 3 Citadel 40mm Round bases, 3 45mm flying stems and a Primaris Space Marines Infantry transfer sheet.
$90.00
1 in stock 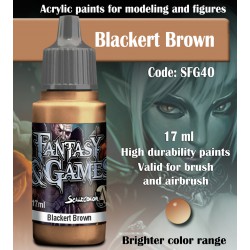 Key Features A versatile, impetuous Troops unit for Adepta Sororitas armies, and a full Kill Team in a box Builds 9 Novitiates Militant and a Novitiate Superior, with a variety of weapons and gear Add new tactical options to your Adepta Sororitas army Description Sisters Novitiate are young recruits to the Adepta Sororitas. Trained by the Drill Abbots of the Schola Progenium, these impetuous warriors are assigned to an Order Militant to gain combat experience and prove their mettle in the crucible of war. This box allows you to build a unit of 10 Sisters Novitiate, with lighter armour and weaponry than their senior sisters. The Sisters Novitiate kit is suitable for games of Kill Team, as well as Warhammer 40,000 as a Troops option for your Adepta Sororitas armies, using free rules available to download from the Warhammer Community website. Nine of the models can be built as either a standard Novitiate Militant, or a variety of specialist tactical roles for your Kill Team. The last model represents a Novitiate Superior, with a choice of different heads, decorations, and weapon options. This set comprises 128 plastic components and is supplied with 10x Citadel 28.5mm Round Bases, 1x Citadel 32mm Round base, and 1x Adepta Sororitas Transfer Sheet. These miniatures are supplied unpainted and require assembly - we recommend using Citadel Plastic Glue and Citadel paints.
$102.00
1 in stock

Key Features Add even more texture and detail to your bases Includes 125 dry and arid-looking grass tufts with an adhesive backing Can be cut or torn into smaller pieces for maximum coverage The rigours of battle, hot climates, and other harsh environments take a toll on native plant life, with many formerly verdant fields reduced to dry straw by passing armies. Even so, many plants hold onto life, and can often be found around an army marching through particularly parched lands. Bring colour and detail to your armies’ bases with Mordian Corpsegrass Tufts by Citadel Colour, making it easy to tie your army together with natural-looking bases in minutes. The tufts attach to bases by a strong adhesive backing and can stick to many paints and basing materials. Each one can be easily cut or torn into various shapes as needed, and are perfect for armies deployed to rough, arid environments. This pack contains 125 grassy tufts split as follows: - 48 small round - 35 large round - 24 rectangular, rounded ends - 18 crescents Miniatures displayed in images are for scale purposes only and are not included with this product..
$30.00
2 in stock

Shade paints make adding realistic shadows and lowlights to your models easy. They are designed to run into the recesses of your miniatures, providing excellent results with minimal effort.
$13.00
6 in stock

The Rebellion is made up of beings from countless worlds, all standing united in opposition to the tyranny of the Empire. No matter what world they hail from, every Rebel trooper dedicates their life to fighting on the front lines for the cause of the Rebellion. Now, you can add even more diversity to your Rebel ranks with the new miniatures and upgrades found in the Rebel Troopers Upgrade Expansion. This expansion for Star Wars: Legion contains four unpainted, finely sculpted soft plastic Rebel Trooper miniatures to enhance your existing Rebel Trooper units or to form one corps unit, along with new heavy weapon and personnel upgrade options.
$45.00
1 in stock