Auric Flamekeepers are the fearsome funerary priests of the Fyreslayer lodges. They keep alive the fiery spirit of Grimnir by absorbing ur-gold power from fallen Fyreslayers, channelling this energy to imbue their comrades with the supernatural might of a fallen god.

This multipart plastic kit builds one Auric Flamekeeper, a funerary support Hero and Totem for Fyreslayer armies. Garbed in his sacred salamander-skin cloak and stern death mask, this duardin bears aloft the burning Masterflame Rune in one hand and wields a flaming brazier axe in the other. In battle, these warrior-priests wade into combat wherever the fighting is hardest, calling on the ur-gold power harvested from their fallen comrades to activate one of a range of magical effects.

This kit is comprised of 10 plastic components, and is supplied with a Citadel 32mm Round Base. This miniature is supplied unpainted and requires assembly – we recommend using Citadel Plastic Glue and Citadel paints.

The Imperial All Terrain Scout Transport is a formidable war machine, cutting through Rebel lines as it stomps across the battlefields of the Galactic Civil War. Despite their appearance, however, these intimidating assault vehicles aren’t invincible. With the Downed AT-ST Battlefield Expansion, you can see find out firsthand what happens when one of these towering terrors comes crashing down. This expansion deepens your immersion in the Star Wars galaxy with a beautifully sculpted downed AT-ST miniature that joins the fabric of the battlefield itself, providing valuable cover for your troops no matter what planet they find themselves on. Additionally, six new battle cards invite you to make your crashed AT-ST a focal point of a two part scenario, bringing even more variety to your games of Star Wars: Legion.
$95.00
1 in stock 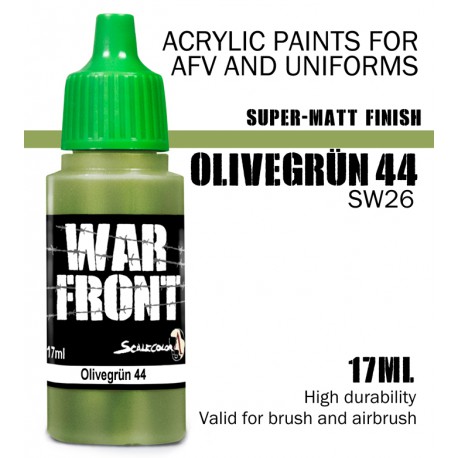 Key Features The ultimate guide to the technological supremacy of the T'au Empire 136 pages of background lore and tabletop game rules Includes Warlord Traits, Relics, in-depth Crusade rules, T'au Empire datasheets, and much more The T’au are a young and dynamic race of technologically advanced aliens whose empire is spreading like wildfire across the stars. Ruled and guided by the enigmatic Ethereals, the T’au seek to unite every sentient being under the light of the T’au’va, or Greater Good. They prefer that others join this growing alliance willingly, but do not hesitate to use force to fulfil their destiny wherever they must. At the forefront of this fight are the Hunter Cadres of the Fire Caste. Comprising highly mobile and well-armed soldiery, led and supported by veteran warriors piloting deadly battlesuits, gunships and strike fighters, these armies sweep all before them in a blizzard of devastating firepower. Signature battle strategies such as the decisive Mont’ka or the cunning ambush of the Kauyon see the enemy outmanoeuvred at every turn, while their potent blend of technological might and ideological fanaticism ensure the T’au achieve victory after victory.   This 136-page book comprehensively covers the T'au Empire. It has everything you need to bring the technological might of the T'au to bear on the tabletop in order to expand the empire, plus a selection of lore and art to inspire your own collection. Inside this hardback codex you'll find: - The origins of the T'au Empire, their desire for unity through the Greater Good, and their will to expand as a species - A detailed description T'au's caste-based society, the various Spheres of Expansion, the Septs that form the Empire, and the technological and military might of the T'au - Background information on the Ethereals, as well as characters such as Aun'Shi, Shadowsun, and Commander Farsight - A showcase of stunningly painted Citadel miniatures - 37 datasheets for the units that make up the T'au forces, from squads of Fire Warriors, to incredible Battlesuits, and heavily armed tanks - Battle-forged rules that represent how the T'au wage war, from Sept Tenets, Cadre Commands, Independent Powers, as well as Bespoke Stratagems, Prototype Systems, and more. - Crusade Rules that let you bring the Greater Good to various planets through overpowering force and subtle diplomacy - And more!
$89.00
1 in stock 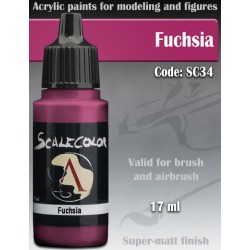 Key Features A hearty Blood Bowl team that brings their ale to the pitch Tough Linemen and swift Valkyries are accompanied by crazed Berserkers and loyal Beer Boars. Decked out in stylish helmets and fabulous furs Norse teams enjoy nothing more than a good scrap – and that’s certainly how they perform best on the pitch! Norscans have spent their entire lives in the harsh, freezing north, making them quite a tough bunch. These hardened players excel in getting up close and personal with the opposition, throwing blocks left and right as they mercilessly hammer their way to the end zone – and no doubt the tavern that lies beyond! Of course, it’s not only about causing a punch-up in the middle of the gridiron; there is also the small matter of scoring those all-important touchdowns. Norse teams work best when they can use their abundance of hitting power to punch a hole in the opposition’s defence, allowing their Valkyries to use their impressive speed to run through and claim victory. The multi-part kit is comprised of 120 plastic components with which you can assemble the Norsca Rampagers, a Norse team for use in games of Blood Bowl. The team is made up of 6 Norse Raider Linemen, 2 Beer Boar, 2 Norse Berserkers, 2 Ulfwereners and 2 Valkyries. In addition, there are 2 double-sided Blood Bowl coins, 2 turn and re-roll markers, 4 balls, and a transfer sheet with 292 decals. The rules for using Norse teams in your games of Blood Bowl can be found in Spike! Journal 14. These miniatures are supplied unpainted and require assembly – we recommend using Citadel Plastic Glue and Citadel paints.
$70.00
2 in stock

For ten thousand years, the seeker of arcane truths known as Ahriman has roamed the galaxy in a quest to acquire every artefact, every tome and every scroll that harbours eldritch powers. Worlds burn in his shadow as he plucks these treasures from their owners by any means necessary. Resistance is the last error his enemies can make – Tzeentchian magic reshapes reality around them, a pass of the Black Staff twisting their bodies unnaturally until nothing remains but bubbling flesh. Ahriman, lord of a broken Legion; his determination is such that destiny itself bends to his whim.This multi-part plastic kit contains the components necessary to assemble Ahriman, Arch-Sorcerer of the Thousand Sons. Armed with an Inferno bolt pistol and the Black Staff of Ahriman, he comes elevated upon a Disc of Tzeentch. Supplied with a Citadel 50mm Round base.
$75.00
1 in stock

The Citadel Colour STC M Base brush is the perfect workhorse brush for new and veteran hobbyists, featuring a flatter, curved head that gives a smooth and even coat ideal for Citadel Base paints. Turn the brush sideways and the narrow edge is excellent for painting lines and sharp details on your miniatures, making it easier than ever to clean up rough spots and have your paint jobs looking pristine. As a Citadel STC brush, the bristles have been made out of the finest 100% synthetic fibres Games Workshop have ever produced, helping to maintain the ideal brush shape and prevent curling at the tip. This brush has been carefully designed to work with regular-sized miniatures. It's an excellent companion to regular Citadel brushes, designed to work perfectly with the Citadel Colour paint range.
$15.00
2 in stock

In games of Warhammer 40,000: Apocalypse, models in the same unit must remain within ½” of each other at all times. The Apocalypse 32mm Movement Trays can mount up to five miniatures with Citadel 32mm Round Bases, making it much quicker and easier to move them around the battlefield while maintaining their unit coherency.The movement trays are made of transparent plastic, meaning that they will complement your miniatures regardless of the basing scheme that you've used on them. Each set of bases tessellates so you can put together large units of miniatures. There are six different designs of movement tray (two of each design are supplied) for added variety.
$70.00
1 in stock