A High Gladiatrix is a living conduit of Khaine’s wrath. Striding at the head of their sisters’ advance, these paragons of combat ride the wave of fanaticism that spreads through a war coven, channelling it into acts of gruesome murder. The Gladiatrix's every movement is a paean to the Bloody-Handed God, her every kill equal parts execution and performance art, intended for a screaming audience – and screaming foes.

This multipart plastic kit builds one High Gladiatrix, a pit-fighting Hero for Daughters of Khaine armies. Twirling her barbed whip around herself, this elegant and intimidating figure comes with a choice of two heads – one wearing a mask in the style of the Sisters of Slaughter, and one bare head. She can also be built with one of two styles of gladiatrix blade – either a curved dagger or a double-bladed spear – allowing for loads of variety in your murderous aelves. In battle, the High Gladiatrix is a powerful fighter who seeks out enemy Heroes to decapitate them in a single blow, and inspires nearby fighters to hit even harder.

This kit is comprised of plastic 10 components, and is supplied with a Citadel 32mm Round Base. This miniature is supplied unpainted and requires assembly – we recommend using Citadel Plastic Glue and Citadel paints.

THE WICKED AND THE DAMNED

A Warhammer Horror portmanteauDrawn together by mysterious circumstances, three strangers meet in the mists of a desolate cemetery world. As they relate their stories, the threads of fate are drawn around them, and destiny awaits…READ IT BECAUSEIt's a classic horror portmanteau comprising three Warhammer 40,000 novellas, each with its own distinct feel – a ghost story, a monster saga and a psychological horror tale – that all draw together through the terrifying linking story.THE STORYOn a misty cemetery world, three strangers are drawn together through mysterious circumstances. Each of them has a tale to tell of a narrow escape from death. Amid the toll of funerary bells and the creep and click of mortuary-servitors, the truth is confessed. But whose story can be trusted? Whose recollection is warped, even unto themselves? For these are strange stories of the uncanny, the irrational and the spine-chillingly frightening, where horrors abound and the dark depths of the human psyche is unearthed.Written by Josh Reynolds, David Annandale and Phil Kelly
$24.00
1 in stock

Thanks to aetherquartz, Lumineth Realm-lords can plan new battle strategies in moments with flawless mental acuity. Mere mortals like us, however, need a little help – which is where these warscroll cards come in. This essential resource takes all your Lumineth Realm-lords warscrolls and transforms them into handy cards – grab the ones you need for battle, lay them out, and referencing your rules will be a breeze!    What's more, this set includes tokens for keeping track of ongoing effects, meaning you'll be able to focus on the battle at hand rather than how much aetherquartz you have left.    This set includes 28 warscroll cards for referencing units, endless spells, and scenery, plus two double-sided sheets of push-out tokens.
$45.00
2 in stock 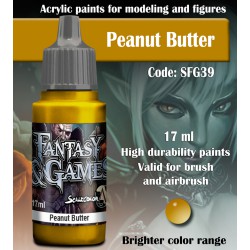 This chamber houses the spirit of a champion of Sigmar who willingly sacrificed their life in order to maintain an eternal guard over the God-King’s secrets, and is now bound to a throne of Azyrite realmstone.An eye-catching piece for any terrain collection, the Hallowed Stormthrone is the perfect addition to your battlefields. As well as helping you theme your battles to the worlds of the Mortal Realms, it’s great for adding some tactical depth, blocking line of sight and giving you some high ground to battle over! A free downloadable warscroll gives this terrain piece its own rules, in this case acting as an inspiring bastion for Order armies that can even dispel endless spells.This Dominion of Sigmar kit is designed to be highly modular and compatible with the rest of the Dominion of Sigmar range. You can build yours out the box with the instructions and use it in-game with the free downloadable warscroll or, alternatively, you can unleash your creativity and build sprawling temples and scattered ruins of your own creation.This kit is supplied in 52 plastic components.
$180.00
1 in stock

Defend Kashyyyk with the Raddaugh Gnasp Fluttercraft Unit Expansion for Star Wars: Legion! A compact scout craft used to patrol the dense wroshyr forests of Kashyyyk, this fluttercraft is fast, deadly, and packs a nasty sting. Whether harrying the enemy with bowcaster fire or expertly- lobbed grenades, the fluttercraft is a formidable addition to the Wookiee arsenal. Within this expansion, you’ll find everything you need to add a Raddaugh Gnasp Fluttercraft to your Republic armies as a support unit. A beautifully detailed, unpainted hard plastic miniature brings this unit to life on your tabletop, while a unit card outlines all of its capabilities, including the new Overrun keyword. Finally, five upgrade cards invite you to choose exactly how this unit behaves in combat.
$70.00
3 in stock

Key Features An easy way to reference your rules Contains 18 warscroll cards - one for each of the Idoneth Deepkin units Also includes 28 tokens to keep track of all your spells and effectsWARSCROLL CARDS: IDONETH DEEPKIN The Idoneth Deepkin are a mysterious race of aelves who dwell within the oceans of the Mortal Realms, emerging from their watery seclusion to plunder the souls of land-dwellers – a grim harvest upon which their very survival depends. When the Idoneth go to war, they bring with them a phantasmal manifestation of their pelagic home. From this shimmering tide of magic, cold-hearted aelven warriors and ferocious beasts of the abyss surge forth to overwhelm their disoriented prey. In their wake is left only an eerie silence, for any survivors are reduced to a blank-eyed stupor by the obliviating enchantments of the Deepkin. This book contains everything you need to know about the soul-raiders of the sea, who command the power of the depths and the creatures of the ocean as they pillage spirit-essence across the Mortal Realms. Uncover the genesis of the Deepkin and the nature of their withering curse, and explore the mystifying world of their sunken cities.   This 96-page hardback book contains:   - A deluge of background information on the mysterious Idoneth Deepkin, including their arcane origins and aquatic way of life. - Ethereal artwork that displays the majesty of the Idoneth Deepkin - 18 warscrolls and pitched battle profiles for Akhelian nobles, soul-starved Namarti Thralls, and vicious sea beasts like the Allopex or Leviadon - Rules for the 6 primary Idoneth Enclaves, plus command traits, artefacts of power, spells, and battle traits such as Forgotten Nightmares and Tides of Death - Path to Glory campaign rules that allow you to plunder the Mortal Realms in Idoneth soul-raids, plus 3 warscroll battalions for use in narrative play - Matched play content including 4 grand strategies and 6 battle tactics to unleash against your enemies - A showcase of abyssal Idoneth Deepkin miniatures assembled in the colours of their Enclaves, alongside guides on how to paint them yourself
$52.00
1 in stock

Shade paints make adding realistic shadows and lowlights to your models easy. They are designed to run into the recesses of your miniatures, providing excellent results with minimal effort.
$13.00
5 in stock