With outlawed knowledge of the deeper mysteries of the machine, Warpsmiths maintain their warband’s arsenal of armoured vehicles, empowering engines with utterances of corrupted code. Fused with a writhing nest of semi-sentient mechatendrils, they seek not only to employ technology for their diabolical ends, but to subjugate it entirely.

This multipart plastic kit builds one Warpsmith, a fiendish engineer capable of enhancing and repairing the vehicles of the Chaos Space Marines. This powerful warrior is bristling with an array of writhing mechatendrils, a number of which can be posed individually. These tendrils are mounted with a variety of spikes, drills, snapping jaws, and two potent ranged weapons – a melta and a flamer – alongside the plasma pistol held by the Warpsmith himself. This kit is loaded with industrial details like smokestacks, bionics, and a choice of three different shoulder pads, each rimmed with corrupted cog-teeth – one blank pauldron, one with iron banding, and one with a skull-and-cog icon. It also offers a choice of two heads – one bare head riddled with bionics and cables, and one grim half-mask helmet – as well as two different melee weapons – a serrated power axe, or a crushing thunder hammer – allowing even more customisation amongst your accursed engineers.

This kit is comprised of 25 plastic components, and is supplied with a Citadel 60mm x 35.5mm Oval Base. This miniature is supplied unpainted and requires assembly

Key Features The best way to start a Thunderstrike Stormcast Eternals warband Contains 8 miniatures, allowing you to build a warband made up of both Vindictors and Annihilators for a potent mix of a strong defence and undeniable strength Includes 84 tokens, plus 18 fighter cards including additional options from the Stormcast Eternals range Sigmar’s immortal champions wield the celestial fury of the God-king, and nowhere in the Mortal Realms is safe from their wrath. Clad in armour and weapons of an ingenious design, they descend from Azyr on bolts of holy lightning. They’ve come to the Eightpoints to punish the followers of the Dark Gods and bring them to order with relentless might. If you’re looking for a warband that’s incredibly hard to kill and hits with the force of a meteor, the Thunderstrike Stormcast Eternals are where it’s at. You might not get many in your warband, but each one is a match for several mortal warriors, striding through battle like lords of war. This set allows you to build a balanced force of both Vindictors and Annihilators. Their heavy armour means your enemies will have to gang up on you, while your punishing strikes will cull the hordes little by little until you’re left standing on a pile of corpses. The additional cards allow you to bring along powerful leader units and specialised fighters, as well as a Gryph-hound. What more could you ask for?   This warband set contains: - 5 Vindictors armed with long spears, tall shields, and awesome masks - 3 Annihilators, which can be equipped with either a large round shield and heavy hammer or an even larger double-handed meteoric grandhammer - Thunderstrike Stormcast Eternals wound divider and abilities cards, loaded with powerful attacks and magical effects to bring Sigmar’s wrath to the Eightpoints - 18 fighter cards, including 1x Lord-Imperatant, 1x Knight-Arcanum, 1x Knight-Relictor, 1x Knight Vexillor With Banner of Apotheosis, 1x Knight-Judicator, 2x Vindictor variants, 2x Vanquisher variants, 2x Vigilor variants, 2x Praetor variants, 4x Annihilator variants, and 1x absolutely amazing Gryph-hound - 84 tokens, including 24x activation tokens, 32x double-sided wound tokens, 2x initiative markers, 10x special tokens, and 16x objective marker/treasure tokens These miniatures are supplied unpainted and require assembly – we recommend using Citadel Plastic Glue and Citadel paints. This set is supplied with 5x 40mm Round Hex Hole Bases and 3x 40mm Round Closed Bases.
$147.00
1 in stock 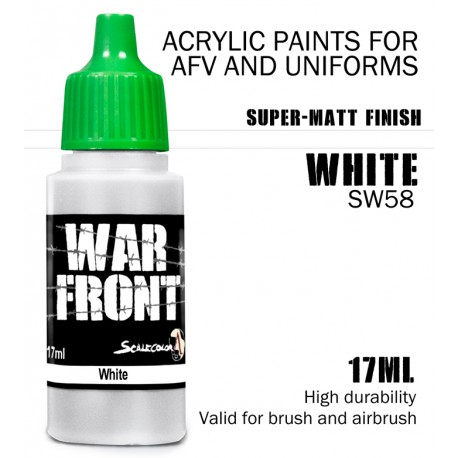 Stay dry in the acid rain while waiting for the next transport to come along! This near future sci fi terrain piece is ideal for Infinity and comes pre painted white on one side. Requires assembly. Acrylic pieces come with protective layer that can be strategically left on for extra detail (see images).
$16.50
1 in stock

Key Features Call upon the blessings of Gork and Mork with a fistful of Ork-themed dice Contains 20 dice so you'll always have plenty to hand during games of Kill Team Also usable across games of Warhammer 40,000 Description Gork and Mork are sure to look down on you with favour when you cast a handful of these fetching Orky dice. They're perfect for brutal close combat duels and kunnin' barrages of shots across dense terrain. Each six-sided, round-cornered die is black with markings picked out in an orange ink. The 20 dice in this set each measure 16mm x 16mm and feature an Ork head icon on the 6 face with traditional pips on the other faces. The dice are supplied in a blister pack with an artworked backing card.
$58.00
1 in stock

The perfect Citadel Technical paint for adding depth, boldness and shine to gemstones on your miniatures. Paint the stone with Stormhost Silver, let it dry, then apply this gel-formulated paint to achieve a realistic-looking gemstone – it’s as easy as that. Contains 12ml of Waystone Green.
$7.00
1 in stock 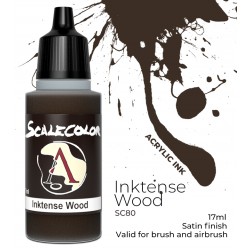 The Inktensity range from Scale75 features a range of inks, designed to enhance and saturate your acrylic colours. These acrylic inks are designed for durability, and are suitable for use with brush or airbrush. This bottle contains 17ml of acrylic ink.
$9.99
3 in stock

Key Features Iconic Elites for Chaos Space Marines Five Chosen with a huge variety of heads, accursed weapons, and accessories Lead the charge with veteran warriors, deadly in melee and at range The power-hungry veterans known as Chosen are amongst the most experienced and ruthless fighters of the Heretic Astartes. Granted – or having seized – their warband’s most powerful weapons, these warriors undertake the most glorious and dangerous missions, and are the bane of all that lives.This multipart plastic kit builds five Chosen, hardened Chaos Space Marine warriors who lead the assault on enemy positions. These veterans are armed with a dizzying variety of vicious melee armaments – accursed weapons in the form of chainswords, chainaxes, power fists, lightning claws, and different power weapons – as well as bolt pistols, boltguns, and optional special weapons for blasting chunks out of the foe – two plasma pistols, and two combi-weapons with three configurations each (flamer, melta, or plasma). In addition to cross-compatible weapons, this massively customisable kit offers a huge range of interchangeable cosmetics – including five unique backpacks, 10 unique shoulder pads, 13 unique heads (both bare and helmeted), and various accessories – as well as components to build a Chosen Champion with a choice of chestplates, loincloths, trophies, and a Chaos icon with different symbols for each Chaos God.This set comprises 102 plastic components and is supplied with 5x Citadel 32mm Round Bases. These miniatures are supplied unpainted and require assembly
$105.00
3 in stock

Key Features The definitive guide to playing Kill Team, packed with essential rules and lore Supports open and competitive matched play styles, with a wide range of missions types available Contains 10 Spec Ops missions designed specially for narrative play, with an in-depth campaign system taking your operatives from raw recruits to hardened veterans Description While armies numbering millions clash on battlefields spread across a thousand worlds, specialised teams of elite operatives are dispatched on dangerous missions to accomplish vital objectives from the shadows. These kill teams, as they are known, are picked from the most capable and independent of their kind, using strange and esoteric skills to achieve what a mighty army could not. The new edition of Warhammer 40,000: Kill Team has been redesigned from the ground up as the greatest tabletop skirmish experience yet, seeing teams of experienced operatives engage in vicious close-quarters combat as they race to complete their missions. In this book you'll find the complete rules for playing Kill Team as well as a host of missions to embark on, lore covering the grim darkness of the 41st Millennium, and insight on the factions vying for dominance among the shadows.   The Book This 144-page book is the ultimate companion for kill team commanders, containing all the knowledge you need to collect, build, paint, and play in the world of Warhammer 40,000: Kill Team. Ten Thousand Years of War The book opens with a summary of the 41st Millennium’s history, including details on the Imperium’s massive military might and the forces they encounter in their ceaseless wars across the galaxy. It also introduces kill teams, the squads players command in the course of the game, and details their continued deployment across myriad war zones throughout the galaxy.   Core Rules The first rules section contains the core concepts you need to start fighting battles in Kill Team, including the tools required, phases of play, and operative datasheets.   Killzones Here you'll find rules and guidance on how terrain interacts with your games, including example board arrangements, as well as rules governing movement around, over, and through your scenery.   Ways to Play Once you've got the basics squared away, find out all about the three core ways to play the game and the missions you can undertake.   Open Play A free-form style of play suitable for those new to Kill Team, and a perfect place to practice in a relaxed mission environment. It’s not just for newer players, though, as experienced commanders can use the included mission creation rules to craft thematic and expansive games fit for the most hardened veterans.   Matched Play As the most mechanically balanced style of play, matched play games are a chance for commanders to pit themselves against their opponents in battles of tactical skill and turn-by-turn decisions. With each kill team using only the core weapons and equipment on their datasheet, players will need to plan ahead to outsmart their foe and claim victory.   Spec Ops Narrative Play The narrative campaigns detailed in the brand new Spec Ops rules allow you to take your kill team from a band of raw recruits to experienced veterans, earning accolades and special skills along the way. As teams complete objectives and earn rewards – even against opponents not participating in a Spec Ops campaign – decisions made will impact the future of your operatives and turn regular games into a rich narrative experience full of cinematic moments.   Critical Operations Mission Pack A selection of 9 exciting missions designed to be balanced for matched play games, but equally playable in open play and Spec Ops narrative play games.   Tac Ops A suite of selectable secondary objectives used across a number of mission types. Tac Ops are hidden from your opponent, so commanders can decide on their strategy ahead of time while watching out for their foe’s actions on the battlefield.   Appendix The book closes out with a handy reference section packed with special rules and abilities, as well as an overview of the different tokens, counters, and accessories used in games of Kill Team.
$90.00
2 in stock