RGG 360° (design patent) is the only natural ergonomic miniature holder designed to create the best connection between you and your miniature, help you adopt the best painting position and minimize unnecessary movements. The perfected painting handle.

– Universal mounting putty: stick any miniature 10 to 50mm bases
– The only holder with smooth 360° rotation to help you achieve a better painting at every angle. Effortlessly!
– Swappable cap: You can now paint multiple miniatures with just one holder (additional caps sold separately).
– Magnetic dock for improved stability

Each handle is provided with 15gr of mounting putty as well as the metal disc for docking.

Citadel Base paints are high quality acrylic paints specially formulated for basecoating your Citadel miniatures quickly and easily. They are designed to give a smooth matte finish over black or white undercoats with a single layer.   All of our paints are non-toxic, water-based acrylic that are designed for use on plastic, metal, and resin Citadel miniatures. One pot contains 12ml of base paint.
$7.00
5 in stock

Chaos Terminators are heavily armoured veterans clad in debased suits of Tactical Dreadnought armour. They form the elite of their masters’ warbands, for though they are ponderous compared to their power armour-clad comrades, nothing short of a dedicated anti-tank laser can stop a Terminator in full stride. Spiked trophy racks protrude from massive shoulders, the skulls of the enemy a barbaric testament to their wearer’s martial prowess. Helmets have grown into bestial masks that sprout great tusks and razored horns, many of which have fused directly into the skulls of their wearers. Chaos Terminators are excellent all-round fighters. Not only does their Terminator armour lend them superior survivability to other Chaos Space Marine units, but their towering size and grisly trophy racks really sets them apart on the battlefield. The set includes 5 multipart plastic Chaos Terminators, each of which can be equipped with a variety of melee and ranged weapons. The following weapon options are included in the kit.   - 1 chain axe - 1 chainfist - 1 power sword - 1 power axe - 1 power maul - 2 power fists - 2 lightning claws - 1 heavy flamer - 1 reaper autocannon - 5 combi-weapons
$105.00
1 in stock 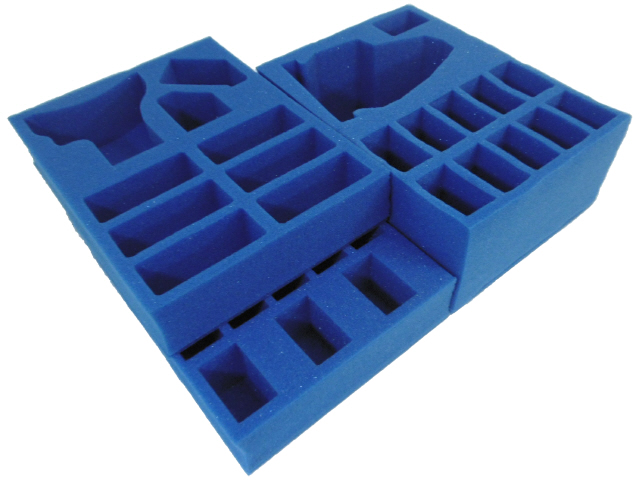 KR Multicase™ - the complete storage and transport system. The KR philosophy is soft foam for the models and hard cases for the soft foam ! KRM-WH40K-AS-A: Adepta Sororitas Set A in a Pre-filled Card case (standard size) including 2x AS1,2x AS5,2x AS6 trays. Cases and Trays in this Prefilled Case are: Case: KRM Sets: 1x WH40K-AS-A (AS1, AS5, AS6) Tray set WH40K-AS-A is used by these armies: -Warhammer 40,000, Adepta Sororitas. Holds Saint Celestine, 2 Geminae Superia, Junith Eruita, The Triumph of Saint Katherine, 19 Seraphim/ Standard bearers, 6 Sisters of Battle, and 3 Sisters of Battle/ Canoness/ Hospitalers
$70.00
1 in stock 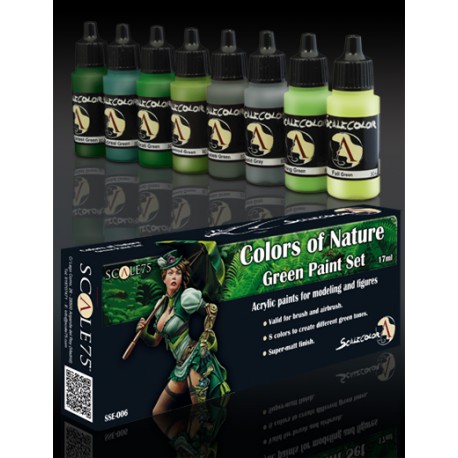 Key Features A warband expansion for Warhammer Underworlds: Harrowdeep, featuring seven morbid miniatures Includes a complete Rivals deck for out-of-the-box play and customisation Contains over 70 cards, including 20 universal cards and 12 Grand Alliance cards for use by multiple warbands The vampire Deintalos dwells in the darkness of Harrowdeep – a lurking menace eager to snare those who walk its labyrinthine passages. His experiences with the Force Dynamic – the arcano-electric force he believes animates all things – led to his self-imposed exile from Shyish, where his brand of necromancy is taboo. In Harrowdeep, Deintalos found an ideal place to hide his grisly experiments, aided by his mortal apprentice in necromancy, Marcov. Deintalos animates recovered cadavers with arcane machinery and the Force Dynamic. These Arcwalkers, as Deintalos dubs them, act in eerie unison to tear apart their foes. With their mindless assistance, Deintalos means to dissect every secret of the abyssal labyrinth in which he dwells. The Exiled Dead are aggressive, but flexible enough to keep your opponents on their toes and play for objectives. Once you get your shambling fighters into a good position, they’ll be tough to tackle. To this end, Deintalos has an ability that will keep them all moving, activating multiple Arcwalkers at once. This box includes a complete Rivals deck, plus loads of extra cards allowing you to try out a few tricks, as well as universal cards and Grand Alliance cards to use with your other warbands. This set contains:- 7x push-fit Exiled Dead miniatures – no glue required to assemble, cast in a cadaverous grey to stand out even when unpainted- 7x fighter cards, one for each warrior in the warband – Deintalos the Exile, the Prentice Markov, the Deadwalker Regulus, and the Arcwalkers Vlash, Bault, Coyl, and Ione.- 65 cards to enhance your fighters and provide new tactics and challenges for your games of Warhammer Underworlds: Harrowdeep, including:– 12x Exiled Dead objective cards– 10x Exiled Dead upgrade cards– 10x Exiled Dead gambit spell and ploy cards– 6x Universal objective cards, usable by any warband– 7x Universal upgrade cards, usable by any warband– 7x Universal gambit cards, usable by any warband– 12x Grand Alliance cards, usable by any warband belonging to the specified Grand Alliance– 1x Exiled Dead Warband Background / Rivals Deck Card Miniatures in this box are supplied unpainted and require assembly – we recommend using Citadel paints.
$68.00
2 in stock

Ideal for filling in small gaps on miniatures, Liquid Green Stuff has been designed for hobbyists and enthusiasts who want a smooth, even finish when converting or modifying their models. Water soluble, with a striking label making it stand out from your Citadel paints, Liquid Green Stuff can be easily filed down with a Citadel File once set.   Contains 12ml of Liquid Green Stuff.
$12.00
4 in stock

Air paints pair seamlessly with the rest of the Citadel Colour range, featuring a thinner formulation that makes them work perfectly with your airbrush.
$13.00
7 in stock

Key Features A full set of reference cards for Norse teams Blank cards let you track details for players in all five positions Includes Special Play cards exclusive to the Norse team Don't miss a beat on the pitch! This deck of 44 cards will help you keep track of stats and profiles for your Norse team, as well as positions and Star Players. It also includes Special Play cards exclusively for use with Norse teams. CONTENTS – 6x Player Reference cards for the Ulfwerener, Berserker, Valkyrie, Beer Boar, Norse Raider Lineman, and Yhetee – 3x Star Player cards for Ivar Eriksson, Skrog Snowpelt, and Thorsson Stoutmead – 8x Magical Memorabilia Special Play cards – 8x Heroic Feats Special Play cards – 18x Blank Positional Cards, to fill in for each player on your team: 9x Norse Raider Lineman, 2x Ulfwerener, 2x Berserker, 2x Valkyrie, 2x Beer Boar, and x1 Yhetee – One all-important card that explains how to use all of the above cards, with a red card on the reverse   You'll need a copy of Blood Bowl – The Official Rules and Spike! Journal Issue 14 to make full use of these cards.
$47.00
1 in stock