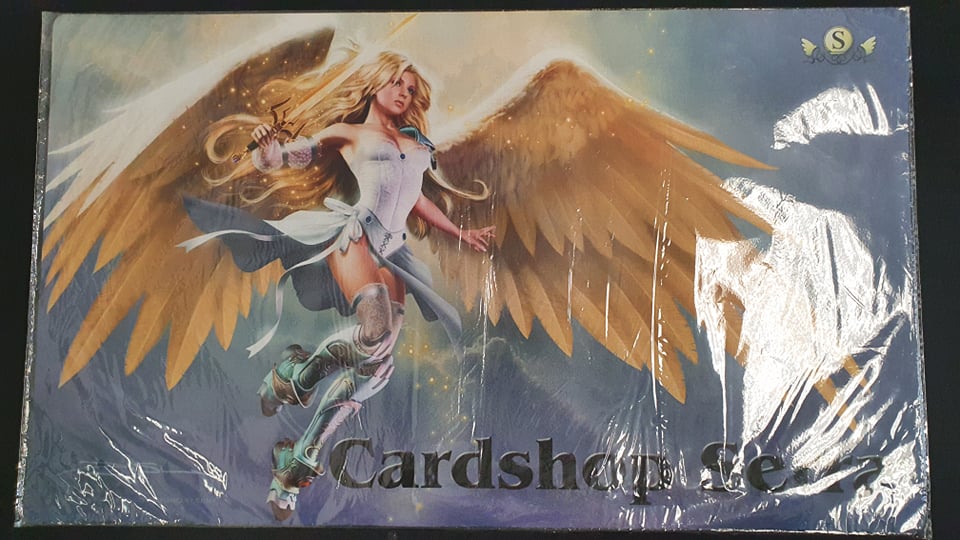 THE CLASSIC AWARD-WINNING GAME IS BACK WITH A WHOLE NEW LOOK!  In Carcassonne, players build the area surrounding this impressive city, one tile at a time. They then place a follower on fields, cities, roads or monasteries in order to score as many points as possible. These followers will become knights, monks, farmers and thieves, depending on where they are placed. No matter their function, the player who will most cleverly use their followers will win the game.  Entirely redesigned and modernized, this edition includes two expansions: The River and the Abbot. 2-5 players Ages 7 to adult 35 minutes playing time To find out more about Carcassonne, head into Doug's Dungeon.
$70.00
1 in stock

Two rival spymasters know the secret identities of 25 agents. Their teammates know the agents only by their CODENAMES.  In Codenames, two teams compete to see who can make contact with all of their agents first. Spymasters give one-word clues that can point to multiple words on the board. Their teammates try to guess words of the right color while avoiding those that belong to the opposing team. And everyone wants to avoid the assassin.    Codenames: Win or lose, it's fun to figure out the clues. 2-8 players Ages 10 to adult 15 minutes playing time To find out more, head into Doug's Dungeon.
$40.00
0 in stock
Out of stock - Enquire

As a wealthy Renaissance merchant, acquire mines and transportation, hire artisans and woo the nobility. Create the most fantastic jewelry to become the best-known merchant of them all! Acquire precious stones to trade them for development cards. Use development cards to acquire more gem stones. Use your gems and gold to create the most fantastic jewelry, and appeal to the nobles to gain the prestige you need to win. FEATURES  Limited actions and resource management.  Challenging economic theme.  Beautiful art. 2-4 players Ages 10 to adult 30 minutes playing time Find out how to become the ultimate jewel trader in Doug's Dungeon.
$75.00
0 in stock
Out of stock - Enquire

No moderator, no elimination, ten-minute games.  One Night Ultimate Werewolf is a fast game for 3-10 players in which everyone gets a role: One of the dastardly Werewolves, the tricky Troublemaker, the helpful Seer, or one of a dozen different characters, each with a special ability. In the course of a single morning, your village will decide who is a werewolf...because all it takes is lynching one werewolf to win!  Because One Night Ultimate Werewolf is so fast, fun, and engaging, you'll want to play it again and again, and no two games are ever the same. 3-10 players Ages 9 to adult 10 minutes playing time To find out more about Werewolf, head into Doug's Dungeon.
$50.00
2 in stock

In this fast paced drafting game you put a team together in order to claim the most lucrative treasures or the abilities which give you extra rewards. The treasures may be hidden in the Frost Mountains, in the jungle and even in some lava caves.  Make a wise choice while selecting your cards because the sneaky goblins are just waiting to steal your hard earned treasures. 2-6 players Ages 8 to adult 30 minutes playing time To find out more about Treasure Hunter, try exploring Doug's Dungeon.
$95.00
3 in stock

A horrible crime has been committed on the grounds of Warwick Manor and it's up to the psychic investigators to get to the bottom of it.  In Mysterium, one player takes on the role of the ghost and over the course of a week, tries to lead the investigators to their culprit. Each night the team will be met with visions, but what is the ghost trying to tell you? Can the psychics determine the weapon, location and killer or will a violent criminal pull off the perfect murder? 2-7 players Ages 10 to adult 45 minutes playing time To find out more about Mysterium, head into Doug's Dungeon.
$80.00
0 in stock
Out of stock - Enquire

A curse has been placed on the Valley of Life. Hearing the spirits of nature cry out for aid, clans of druids have arrived, determined to use their blessings to heal the land and rescue the spirits. It will require courage and also caution, as the curse can overwhelm the careless who wield too much power. In Mystic Vale, 2 to 4 players take on the role of druidic clans trying to cleanse the curse upon the land. Each turn, you play cards into your field to gain powerful advancements and useful vale cards. Use your power wisely, or decay will end your turn prematurely. Score the most victory points to win the game! Mystic Vale uses the innovative "Card Crafting System", which lets you not only build your deck, but build the individual cards in your deck, customizing each card's abilities to exactly the strategy you want to follow. 2-4 players Ages 10 to adult 60 minutes playing time   To find out more read Doug's article on Mystic Vale
$85.00
1 in stock

Four diseases have broken out in the world and it is up to a team of specialists in various fields to find cures for these diseases before mankind is wiped out.  Players must work together, playing to their characters' strengths and planning their strategy of eradication before the diseases overwhelm the world with ever-increasing outbreaks. For example, the Operation Specialist can build research stations, which are needed to find cures for the diseases. The Scientist needs only 4 cards of a particular disease to cure it instead of the normal 5.  But the diseases are outbreaking fast and time is running out: the team must try to stem the tide of infection in diseased areas while also towards cures.   A truly cooperative game where you all win or you all lose.To find out more read Doug's article on Pandemic
$80.00
5 in stock

One of the most celebrated games in the world can now be experienced in a two-player arena. 7 Wonders Duel takes the gameplay and excitement of the original and adapts it for one-on-one battles.  Take control of your civilization and decide to invest in science, military or prestige.  Two new ways to win will keep you on your toes and watching every move your opponent makes. If you fail to build defenses your capital city may be destroyed but ignore technology and your people may be left in the dark ages. It's a constant tug of war.  7 Wonders Duel is an exciting new way to play the game that took the world by storm. Great for both fans of the original and those new to the hobby. To find out more about 7 Wonders: Duel, head into Doug's Dungeon.
$55.00
2 in stock 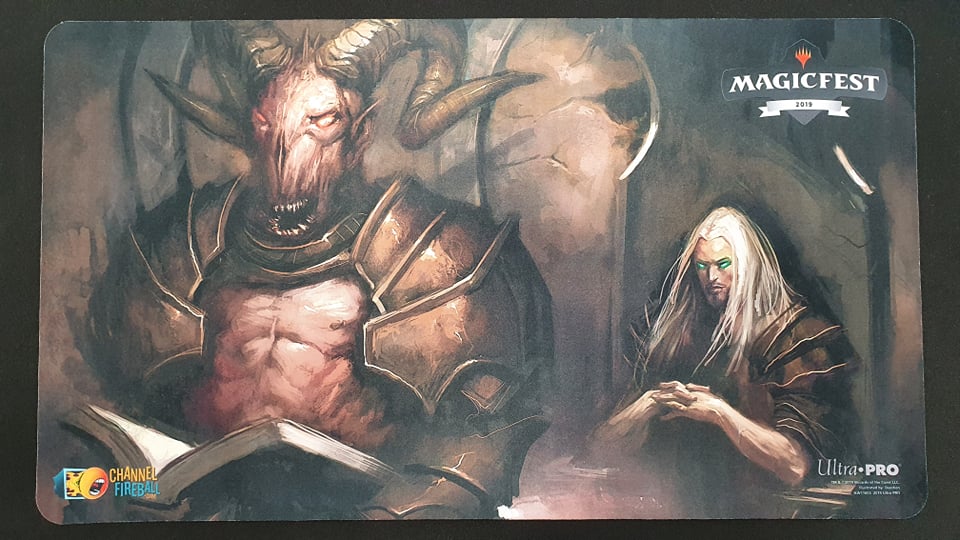 MTG MAGIC FEST PLAYMAT - DAARKEN (NOT SEALED)   ** Not Sealed ** *** Shipping Details - Playmats will be shipped ROLLED UP in bubble wrap. ***   A special playmat given out during the 2019 MTG Magic Fest sponsored Channel Fireball. This playmat depicts the card Demonic Tutor, illustration by Douglas Shuler.   Dimensions - 60cm x 34cm   Disclosure: Image of the playmat may be brighter than the physical copy.
$100.00
1 in stock