Contrast is a revolutionary paint that makes beautiful painting simple and fast. Each Contrast paint, when applied over a light Contrast undercoat, gives you a vivid base and realistic shading all in a single application.

When famed scientist Bruce Banner saved his friend Rick Jones’ life during a gamma bomb test explosion, he was bombarded with intense gamma radiation. The results of this extreme exposure caused the soft-spoken Banner to transform into a raging green-skinned monster known as the Hulk. While the Hulk has been hated and feared for most of his existence, this fact has not stopped him from using his incredible strength for good, both as part of the mighty Avengers and on his own. The box contains everything players need to add the character to their Marvel: Crisis Protocol collections. Miniatures are supplied unassembled and unpainted.
$70.00
1 in stock

Citadel Base paints are high quality acrylic paints specially formulated for basecoating your Citadel miniatures quickly and easily. They are designed to give a smooth matte finish over black or white undercoats with a single layer.   All of our paints are non-toxic, water-based acrylic that are designed for use on plastic, metal, and resin Citadel miniatures. One pot contains 12ml of base paint.
$7.00
8+ in stock

The Alarith temples accept the mountain as their master and, in doing so, inherit part of its strength and resilience. They fight as immovable objects, wielding magical hammers that can crush enemy skulls in a single, perfectly measured blow. Alarith Stoneguard are elite infantry capable of wading into the thickest of melees and coming out on top. Whether bumping enemies of objectives or smashing aside your foe's toughest units, you'll find Stoneguard a hammer and anvil all in one. This kit builds 5 Alarith Stoneguard, with options for a Standard Bearer and Truestone Seneschal. Each Alarith Stoneguard can be armed with your choice of stone mallet or diamondpick hammer, while the Truestone Seneschal can wield a pair of stratum hammers. This kit is supplied in 63 plastic components and comes with 5x32mm round bases.
$100.00
2 in stock

Morgok and his mob of Ironjawz brutes once hunted down and fought the greatest prey they could find amongst Ghur’s trackless wastes. Whether they ran down spiny nephrodiles or fought the storm-warriors of Sigmar, Morgok’s Krushas sought the mightiest trophies in the name of their bellicose deity, Gorkamorka. While roaming a plain of ancient bones, the Ironjawz boss heard from afar the clash and clangour of battle. They pursued the sounds across the wilds until they arrived at Beastgrave – the noises were echoing from the mountain’s tunnels. Invigorated by Waaagh! energy that would only increase with each conflict, the brute boss led his cronies down into the caverns to win glory in the eyes of the great green god. Waaagh! If you're looking for a Warhammer Underworlds warband that hits hard while being able to take a beating, you'll love Morgok’s Krushas. An excellent aggressive warband, Morgok’s Krushas control the pace of the game through their incredible durability and the new Waaagh! Counters game mechanic. What’s more, this set features Universal cards for any warband in Warhammer Underworlds, while a free downloadable warscroll lets you fight with Morgok’s Krushas in Warhammer Age of Sigmar. This set contains: 3× push fit Morgok's Krushas miniatures – no glue required to assemble 3× fighter cards, representing each warrior in your games – Morgok, Thugg, and 'Ardskull A further 60 unique cards (only available in this set) to enhance your fighters and provide new tactics and challenges for your games of Warhammer Underworlds: Beastgrave, including: 12× Morgok's Krushas Objective cards 10× Morgok's Krushas Upgrade cards 10× Morgok's Krushas Ploy cards 9× Universal Objective cards, usable by any warband 18× Universal Power cards, usable by any warband
$58.00
2 in stock

Citadel Layer paints are high-quality acrylic paints, and with so many of them in the Citadel Paint range, you have a huge range of colours and tones to choose from when you paint your miniatures. They are designed to be used straight over Citadel Base paints (and each other) without any mixing. By using several layers you can create a rich, natural finish on your models that looks fantastic on the battlefield. This pot contains 12ml and is one of many Layer paints in the Citadel Paint range. As with all of their paints, it is a non-toxic, water-based acrylic paint designed for use on plastic, metal, and resin Citadel miniatures.
$7.00
8+ in stock

Book 1 of the Eight Lamentations trilogyEight mighty artefacts, crafted by the dark servants of Chaos, blight the Mortal Realms. The Ruinous Powers hunt them – and so do a group of heroes, chosen by Grungni for this dangerous and essential task.READ IT BECAUSEIt's a different kind of Age of Sigmar story, and the first of a trilogy, at that! A classic quest story with a disparate group of heroes drawn together by fate and unimaginable consequences if they fail… sounds unmissable.THE STORYIn the beginning, there was fire. And from fire came eight weapons of terrible power, honed to a killing edge by the chosen weaponsmiths of Khorne. Now, as the Mortal Realms echo with the thunder of war, the great powers hunt the eight wherever they might be found – whatever the cost. In a city of prophecy and secrets, Grungni, smith-god of the duardin, gathers together a group of mortal warriors from across the realms in order to seek the first of the eight. But they are not alone in their quest; agents of the Ruinous Powers want the weapon for themselves. Now the race is on, as man, duardin and daemon alike seek to claim the Spear of Shadows...Written by Josh Reynolds.
$25.00
1 in stock

Gitzog Wurldkilla has had enough of his vanguard forces having all the fun. Rumours have circulated back to him that his old mate Krogskull has got ahead of him and is burning stuff before it can be properly looted. Gitzog knows his Waaagh! will lose momentum if all the good scrap sites are on fire, so it’s time to bash some heads together and get everyone back in line. Anyone in his way will be shot, eaten by his squiggy beast Redfangz or cut to chunks by his shearing power klaw.Add a Commander – a powerful hero character with unique abilities and rules – to your Ork kill team with this set. It contains a multipart plastic Warboss miniature, a set of cards packed with exclusive rules and a sheet of tokens for use in-game:- An Ork Warboss: this multipart plastic kit represents Gitzog Wurldkilla – or the Commander of any Ork Kill Team you wish – a tall, muscular and imposing sight even by Ork standards, accompanied by a large, impressively-betoothed squig and clutching a kombi-weapon in one hand, the other replaced entirely by a vicious power klaw.- A datacard for Gitzog Wurldkilla, featuring his characteristics, weapons, abilities and specialisms, along with a card featuring his background- A card featuring Gitzog Wurldkilla’s skill tree – Warboss specialisms which can only be used by that character- 5 Ork Commander Tactics cards, including 2 Tactics exclusive to this set- A sheet of tokens for use in games of Kill Team – this includes 1 Move/Charge token, 1 Fall Back/Advance token, 1 Ready/Shoot token, 6 Tactic/psychic power tokens, 3 wound tokens, and 3 objective tokens.
$55.00
1 in stock 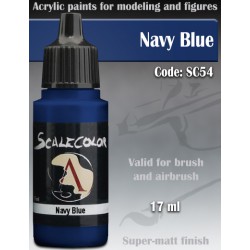