Supremely confident and eager always to be first into the fray, Wolf Lord Ragnar Blackmane leads his Great Company in devastating planetary invasions. No longer as headstrong as in his youth, Ragnar's berserk rages are still furious hurricanes of violence, and his terrifying howls freeze the blood of his foes.As a Wolf Lord, Ragnar is the Jarl of his Great Company, the Blackmanes, and makes for an excellent Warlord to lead your Space Wolves into battle. He is at his very best when carving a bloody swath through the heart of the enemy army – just point him at the enemy and watch him go!This model is supplied in 18 plastic components and comes with a Citadel 40mm Round Base.

Citadel Texture paint is designed to provide a swift, effective solution to detailing your bases. They contain a mixture of both coarse and fine grit, which forms a rough, grainy surface that is ideal for drybrushing and ready for further detailing. They give strong, effective coverage over both black and white undercoats.All of our paints are non-toxic, water-based acrylic that are designed for use on plastic, metal, and resin Citadel miniatures. One pot contains 12ml of texture paint.
$7.00
2 in stock

THE PATH OF HEAVEN: BOOK XXXVI

For too long had the Vth Legion ranged out beyond the sight of the wider Imperium, remaining ignorant of the Warmaster’s rebellion and the war that inevitably followed. Only once their primarch, Jaghatai Khan, had satisfied himself that the path before them was just and true did the White Scars choose a side, taking the fight to the traitors on every front. But, four years later, the Legion’s unfettered spirit has been broken by relentless attritional warfare against the Death Guard and the Emperor’s Children – the Khan’s Stormseers must find a clear route to Terra if they are to take part in the final, apocalyptic battle. Written by Chris Wraight
$20.00
1 in stock

This fantastic collection of much loved classics includes: Trollslayer, Skavenslayer and Daemonslayer, plus a number of bonus short stories. Gotrek and Felix: The First Omnibus is packed with fantasy adventure. Gotrek and Felix: unsung heroes of the Empire, or nothing more than common thieves and murderers? The truth perhaps lies somewhere inbetween, and depends entirely on who you ask... Relive the early adventures of the Slayer and his human companion. From the haunted forests of the Empire to the darkness beneath the World's Edge Mountains, Gotrek and Felix face demented cultists, sinister goblins and a monstrous troll. In the city of Nuln, they get involved in an invasion by the sewer-dwelling skaven. And in the frozen north, an expidition to the lost dwarf hold of Karag Dum brings Gotrek and Felix face to face with a dread Bloodthirster of Chaos...Author BiographyWilliam King is the author of the Tyrion and Teclis saga and the Macharian Crusade trilogy, as well as the much-loved Gotrek & Felix series and the Space Wolf novels. His short stories have appeared in many magazines and compilations, including White Dwarf and Inferno!. Bill was born in Stranraer, Scotland, in 1959 and currently lives in Prague.
$35.00
1 in stock

The sorceress Drusa Kraeth is the power behind the scenes in Anvilgard, utilising an army of ensorcelled agents to carry out the will of the Blackscale Coil. She commands a Shadowhost of her most favoured thralls, each of whom would charge through fire and raining arrows to protect their mistress. Such is Kraeth’s expertise at subterfuge and manipulation that she never enters battle without an enormous advantage over her unsuspecting foes.Crush your enemies with the peerless discipline of the Darkling Covens with this warscroll battalion in a box! This set allows you to muster the disciplined ranks of the Cities of Sigmar to your cause, providing a variety of Darkling Covens troops led by a terrifying Sorceress on Black Dragon – alternatively buildable as a Dreadlord on Black Dragon. Combine this set with the rules found in Broken Realms: Morathi and you’ll be able to use the Kraeth’s Shadowhost Warscroll Battalion, a tactically flexible force capable of adjusting their strategy to suit any enemy.This set contains:- 20x Darkling Covens infantry, buildable as any combination of Darkshards, Bleakswords, or Dreadspears, including options for champions and banner bearers- 1x Sorceress on Black Dragon, also buildable as a Dreadlord on Black Dragon, with a variety of weapons optionsThis set is supplied in 260 plastic components and comes with 1x 105mm x 70mm oval base, and 20x 25mm round bases.
$130.00
1 in stock 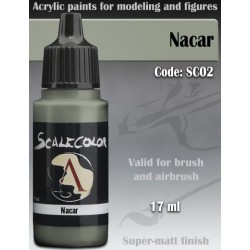 The Kuat Systems Engineering Alpha-3 Nimbus-class V-wing is the vessel of choice for the Galactic Republic’s clone and non-clone starfighter pilots alike. This nimble craft is fielded in various configurations for specialized tasks. The techniques pioneered to mass-produce its precision ion engines will later be crucial in the development of the TIE series by Sienar Fleet Systems. The Nimbus-class V-Wing Expansion Pack contains everything you need to incporate one of these versatile starfighers into your Galactic Republic squadrons, including a beautifully pre-painted miniature and six ship cards that allow you to hand pick your pilot. Meanwhile, seven upgrade cards give you the freedom to customize your ship with new astromechs, two different configurations, and more!
$38.00
3 in stock

The Hormagaunt is a highly specialised Tyranid bioform. Each Hormagaunt has four razor-sharp claws specially developed for ripping and piercing flesh and armour, and powerful hind legs that allow the creature to dart into combat at an astounding speed. This box set contains 12 multi-part plastic Hormagaunts. This 72-piece set includes: four different head designs and two different body designs. Models supplied with 25mm round bases.
$50.00
1 in stock

Striding forward in a rush of ungainly steps, their weaponised limbs sweeping in a whirlwind of gore, Skorpekh Destroyers feed their need to kill whenever they are unleashed upon the battlefield. Nothing else can override the hard-wired desire to kill that empowers these deranged Necrons.   Canoptek Plasmacytes use their monomolecular proboscis to inject an infectious, sentient energy into the degranged members of the Destroyer Cults. This hateful substance – as dangerous as it is powerful – heightens their nihilistic insanity and drives their mindless annihilation to new heights.   Skorpekh Destroyers are among the most lethal close-combat killers within the ranks of the Necron legions. If tearing the enemy army asunder is what you seek, then look no further than these gloriously insane slaughterers, whose killing prowess you can amplify even further with the attention of the Plasmacyte!   This kit builds three Skorpekh Destroyers – two armed with hyperphase threshers and one with a hyperphase reap-blade – as well as a Plasmacyte. Push-fit construction means you won't need any glue to build it. The kit is supplied in 29 plastic components and comes with three Citadel 50mm Hex Hole Round Bases and one Citadel 28.5mm Hex Hole Round Base.
$90.00
2 in stock