Scale75 Scalecolor is one of the highest quality acrylic model paints available. Suitable for brush-on and airbrush application (with applicable thinner) Scalecolor paints have high density, yet extremely fine pigmentation in a metallic finish.
$9.99
8+ in stock

Citadel Technical paints have been designed to add a wide range of effects to your miniatures to provide even further details to your armies. This pot contains 24ml and is one of many paints in the Citadel Technical range. As with all of Citadel paints, it is a non-toxic, water-based acrylic paint designed for use on plastic, metal, and resin Citadel miniatures.
$13.00
6 in stock

One plastic sheet of 14.5cm x 6.5cm full of Gamer's Grass tufts. Tufts are 12mm tall.Just pop-out the tufts from the sheet of plastic and glue them to your models.Wild:Wild sheet tufts are tufts in a wide variety of shapes. Around 70 tufts per sheet.
$12.00
4 in stock

Key Features: Keep your Boyz in fighting shape with a Painboss This HQ choice dishes out painkillers and krumps enemies Comes with a cybernetically enhanced Grot Orderly ..... The Painbosses of the Beast Snaggas are battlefield doctors hardened by many brutal conflicts. Augmented with a whole host of cybernetics and armed with a suite of surgical tools and squig-based remedies, they are always on hand to replace a limb with something more suited for heavy-duty krumpin’, while their grot orderlies whiz around patching up minor wounds.   If your Orks are constantly getting duffed up in scraps, a Painboss is a perfect addition to your Waaagh! as they can support your Boyz on the frontline with a combination of dubious painkillers, bionic bits, and Ork know-how.   This 21-piece plastic kit lets you build one Painboss and Grot Orderly. The Painboss has a choice of two head options – one with a bare head with a bionic eye, while the other has a crude bucket helmet made from scrap metal. This kit comes with one 40mm Citadel Round base and one 25mm Citadel Round base. ..... These miniatures are supplied unpainted and require assembly – we recommend using Citadel Plastic Glue and Citadel paints.
$67.00
4 in stock

A Mordian Iron Guard novellaDeep in the alien forests of Kallash, a medicae camp offers a reprieve to the wounded, a breath away from the horrors of war. But for Guardsman Lucius Myer, the camp is anything but a rest as their greenskin enemies lay siege to the walking wounded.READ IT BECAUSEExperience a classic base under siege tale – except the base is a medical camp and the defenders are walking wounded, battling monstrous Orks…THE STORYFeral orks sweep through the alien forests of Kallash, their numbers growing, despite Mordian lives laid out to stop them. Guardsman Lucius Myer is one of the walking wounded, the medicae bay affording him a temporary reprieve from the front lines – or so he thinks – until the vast greenskin horde and their brutal machinery cut a bloody swathe through the defenders.With the fury of the orks beating at their hastily built fortifications, will the men and women of the Iron Guard stand, and will Myer find the strength to stand with them?Written by Steve Lyons
$7.00
1 in stock

A Horus Heresy novel   As the mighty Lion El’Jonson strives to unify his feudal home world of Caliban, the coming of the Imperium brings a new destiny – and new division – for his knightly followers.   READ IT BECAUSE It's a fascinating insight into a world that's home to a primarch before it comes into contact with the Imperium, and the changes that are made when the Space Marines arrive. It also sets up the darkness that we know lies in the heart of the Dark Angels as the Heresy progresses...   THE STORY The planet of Caliban exists much as it has for thousands of years – the knightly orders protect the common people, fighting back the beasts that lurk in the depths of the seemingly endless forests. Young Zahariel and Nemiel aspire to join the greatest of the orders, led by the example of mighty Lion El'Jonson and his vision of a peaceful and unified world. But the coming of the Imperium brings new concerns and a new destiny for the Lion as part of the Great Crusade, and the sons of Caliban must decide if they will follow him to glory among the stars.   Written by Mitchel Scanlon
$20.00
1 in stock 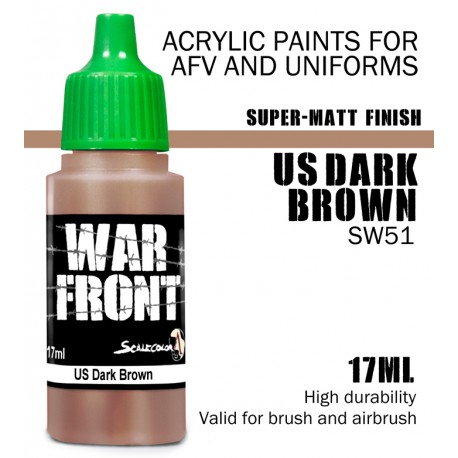 Driven into battle by the frenzied need to kill, Khorne Berzerkers slaughter everything in their path and leave nothing but twitching corpses in their wake. These murderous lunatics have been ritually lobotomised to remove all trace of fear or compassion. In place of these emotions, they receive cortical implants that heighten their already fearsome aggression to psychotic levels. This multi-part plastic boxed set contains enough parts to make 12 multi-part plastic Khorne Berzerkers armed with bolt pistol and a mix of chainweapons (there are six chainswords and six chainaxes). The Berzerkers can be modelled either standing or running, there are 12 helmeted heads of four different designs and a bare head to represent the Berzerker Champion. Also included are three plasma pistols, six holstered bolt pistols, nine sheathed swords, three skulls on chains and additional grenades and ammo packs. These miniatures are supplied with 12 32mm round bases and 2 Chaos Space Marine Transfer Sheets.
$78.00
1 in stock