The Space Marine Legions of the 31st Millenium field a diverse and formidable range of genetically-enhanced warriors and advanced war machines, superior to any other military force in the galaxy. As an Age of Darkness falls across the stars and the fires of rebellion rage out of control, the armies that were used to forge the Imperium turn upon each other in an apocalyptic civil war – the Horus Heresy.

Of the eighteen Space Marine Legions, only half remain loyal to their oaths. Heroes without equal, these Space Marines rally to defend the Emperor and all he has strived to build. In the turmoil of the Horus Heresy, the Loyalist armies stand firm against a tide of corruption and betrayal, waging bitter war against their former brothers – those that have forsworn their oaths and turned upon the Imperium. By the courage and might of these steadfast warriors will the fate of the Imperium, and that of humanity itself, be decided.

This book is an essential guide for anyone who wants to command a Loyalist Legiones Astartes force in Warhammer: The Horus Heresy. It contains all of the rules you need to field every unit and formation available to Loyalist forces, from core units and weapons shared by every Space Marine Legion to specialist rules for each of the Loyalist Legions – including Rites of War, unique wargear, signature units, and their legendary Primarchs.

In order to use the contents of this book, you will require a copy of the Warhammer: The Horus Heresy – Age of Darkness Rulebook. 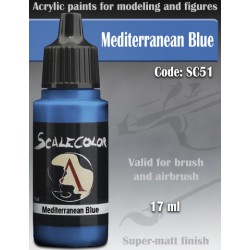 Contrast is a revolutionary paint that makes beautiful painting simple and fast. Each Contrast paint, when applied over a light Contrast undercoat, gives you a vivid base and realistic shading all in a single application.
$13.00
8+ in stock

Citadel Shades are specially formulated to flow over other paints and into the recesses on your miniatures, defining details and accentuating recesses. Once applied, they dry to provide very effective shading for your models.   All of our paints are non-toxic, water-based acrylic that are designed for use on plastic, metal, and resin Citadel miniatures. One pot contains 24ml of shade paint.
$13.00
8+ in stock

An ancient Mandalorian clan with ties to House Vizsla, Clan Wren's storied warriors are legendary for their battlefield prowess. Now they unite with the Rebellion, fighting for a free galaxy and the liberation of Mandalore.  Within the Clan Wren Unit Expansion, you’ll find seven highly customizable Mandalorian miniatures—enough to deploy in two distinct units—and eight upgrade cards to outfit them for combat. Three of these miniatures blast off from their bases with jet packs and flight stands let you decide their height and trajectory. Meanwhile, a single Mandalorian trooper can wield the traditional beskad saber or appear with a single Westar 35 blaster pistol. Finally, Clan Wren matriarch Ursa Wren leads her family into battle with her signature Nite Owl helmet.
$65.00
2 in stock 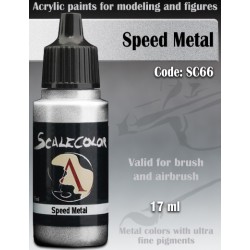 Scale75 Scalecolor is one of the highest quality acrylic model paints available. Suitable for brush-on and airbrush application (with applicable thinner) Scalecolor paints have high density, yet extremely fine pigmentation in a metallic finish.
$9.99
4 in stock

A Space Marine Conquests novelConcerned by his Chapter’s diminishing numbers, Logan Grimnar entrusts Njal Stormcaller to uncover the remedy of their plight – a remedy that may lie in the least likely of places, on the damned world of Prospero.READ IT BECAUSESpace Wolves and Thousand Sons are the most eternal of foes, and this novel keys into events from the Horus Heresy and the battering the sons of Fenris have taken in the 41st Millennium in interesting and exciting ways.THE STORYThe grand halls of Fenris grow ever quieter following arduous campaigns. Concerned by his Chapter’s diminishing numbers, the Great Wolf Logan Grimnar entrusts Njal Stormcaller to uncover the remedy of their plight. When a 10,000-year-old enemy embeds itself in the Rune Priest’s mind, it claims the salvation he seeks lies where it all began. On Prospero. Alongside an eclectic company of injured Space Wolves, Thralls and a Trickster who is more hindrance than help, the Stormcaller sets forth. But it soon becomes apparent that greater mechanisms are at work. It is no longer only the Sons of Russ’ fate at stake, but the entire Imperium.Written by Gav Thorpe.
$25.00
1 in stock 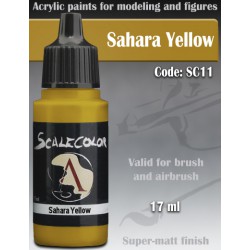